I read three of Emily St John Mandel’s books in quick succession last month: Sea of Tranquility, The Glass Hotel and Station Eleven. Her work often involves parallel universes and time travel, but it’s subtle and bit different to a lot of the science fiction I read. More like narrative where the boundaries between moments in time feel shimmering and fragile.

One of the interesting things about her work is that, although the books aren’t a series, the same characters appear throughout. The main character of one book might be a background character of the next. Sometimes they’ll be more or less the same, other times their storylines will be slightly altered. It really adds depth to her suggestions about the nature of time.

Pandemics and the end of the world are a common theme, but it’s much less bleak than it sounds. There’s something hopeful about it too — an acceptance of living in post-apocalyptic times, a realisation that there is still beauty after the end of the world.

My point is, there’s always something. I think, as a species, we have a desire to believe that we’re living at the climax of the story. It’s a kind of narcissism. We want to believe that we’re uniquely important, that we’re living at the end of history, that now, after all these millennia of false alarms, now is finally the worst that it’s ever been, that finally we have reached the end of the world. 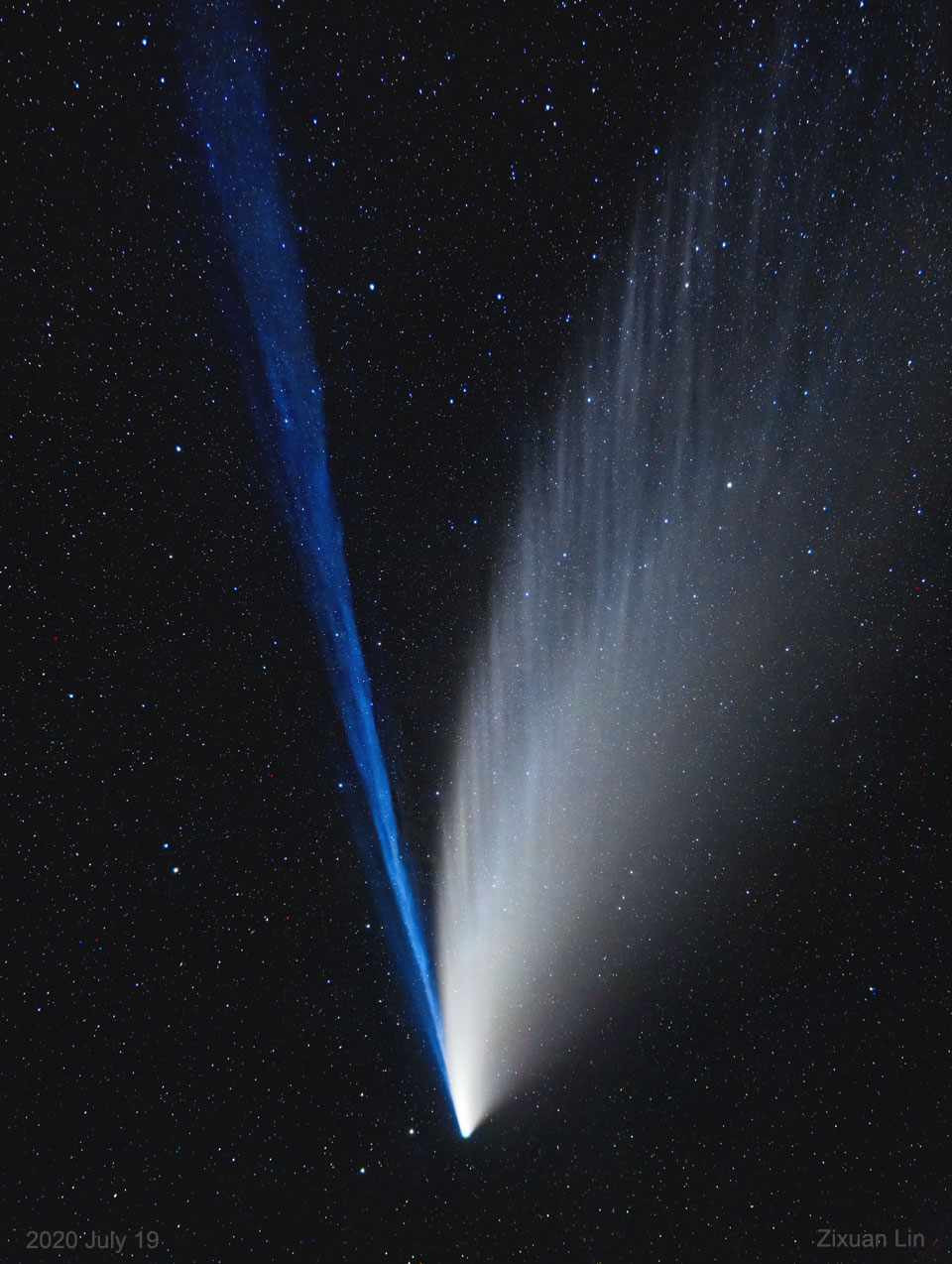 ▲ The Structured Tails of Comet NEOWISE by Zixuan Lin, from Nasa’s Astronomy Picture of the Day

It was interesting to read Station Eleven the novel after loving the miniseries so much. It was enjoyable to compare Mandel’s original text with Patrick Somerville’s interpretation. Both were incredible in their own way, but also so different. There’s a great (spoiler-ridden) New Yorker article about this: In Station Eleven, all art is adaptation.

HBO’s Station Eleven is obsessed with adaptation, the way that people (many of them actors) reuse and project upon a source. It’s awash in references: Christmas carols, the funk band Parliament, Bob Dylan, King Lear and Hamlet. There’s also the most transcendent cover of rap music that I’ve ever seen on TV, a set piece that somehow crystallizes a character, a situation, and the human situation, all at once. Most of the art featured on the series doesn’t exist in its original form. It comes filtered through individuals, who carry and change it in time—shaping, recontextualizing, extracting what they need. One feels as though Somerville were triangulating between the texts and his characters to locate some mysterious quality that hovers in the middle. When Kirsten, Jeevan, and Frank stage Station Eleven, for example, the play works because the actors and the dynamics among them are so real. Yet the players grow more alive in the performance; their actual dynamics are heightened by it.

Speaking of interpretations and adaptations, we watched the 2007 film I’m Not There last night, which was “inspired by the many lives of Bob Dylan”. There are six characters played by different actors (including a transcendent Cate Blanchett) in separate and nonlinear storylines. Each represents a different facet of Dylan’s persona and life.

I don’t think I’m tangible to myself. I mean, I think one thing today and I think another thing tomorrow. I change during the course of a day. I wake and I’m one person, and when I go to sleep I know for certain I’m somebody else. I don’t know who I am most of the time. It doesn’t even matter to me.