The ultimate, hidden truth of the world is that it is something that we make, and could just as easily make differently.
— David Graeber

Last weekend we visited How We Live Now at the Barbican, an installation exploring the work of the Matrix Feminist Design Co-operative.

Matrix was a women-led worker co-op that existed in London from 1980–1994. They challenged patriarchal norms and worked in a way that would still be seen as radical today.

They worked in collaboration with people who were usually excluded from the design process, on buildings that were usually ignored by male architects: women’s centres, childcare groups, housing co-ops. They also conducted research, ran a book group and a support group, and educated women in skills like technical drawing, building law and construction practices.

All this while Thatcher was prime minister! So impressive. 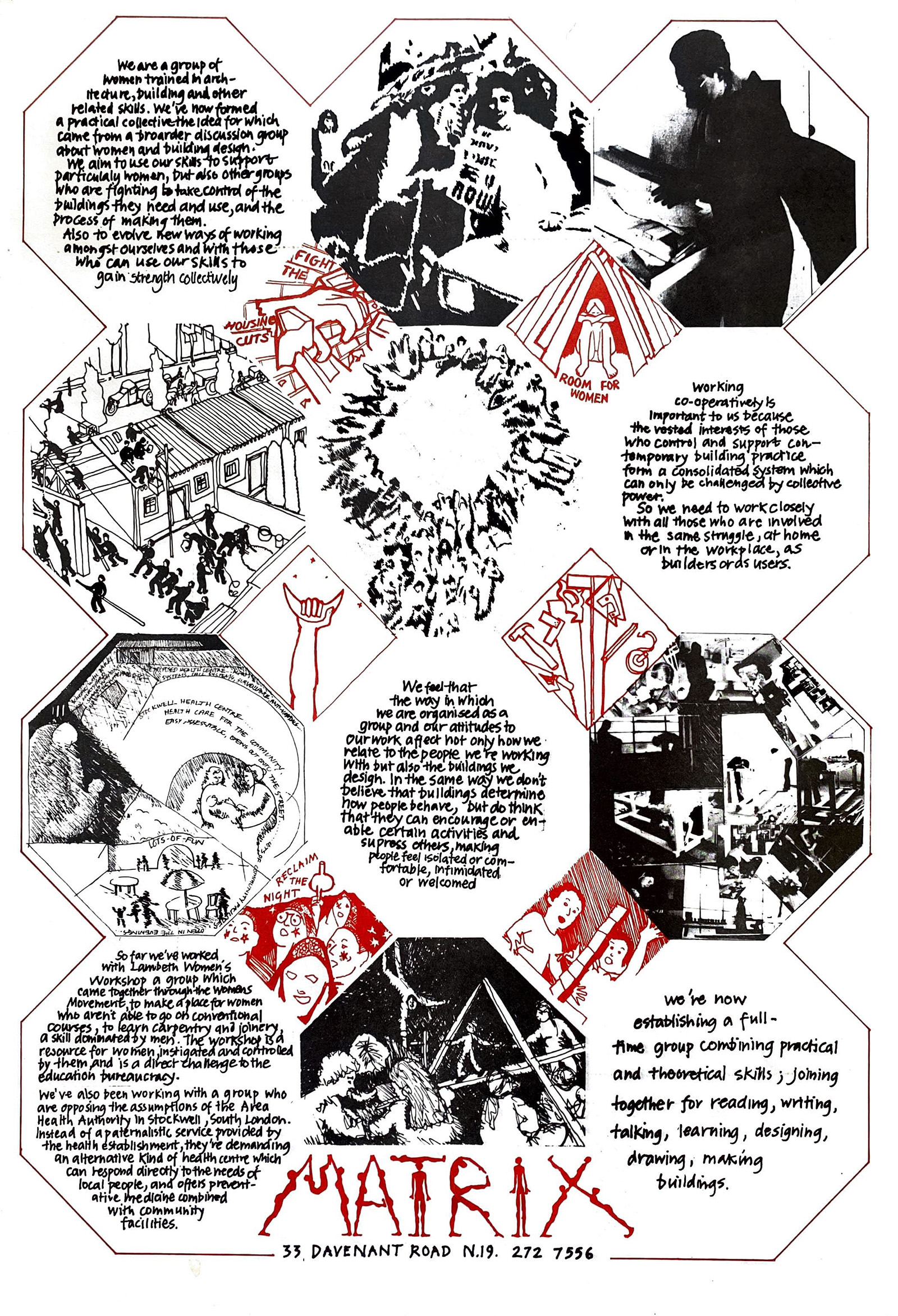 We Are ‘Nature’ Defending Itself

We also went to the launch of a new book called We Are ‘Nature’ Defending Itself: Entangling Art, Activism and Autonomous Zones. The two authors, Isabelle and Jay, coordinate the art activism group The Laboratory of Insurrectionary Imagination (among many other things) and live within the ZAD de Notre Dame des Landes. 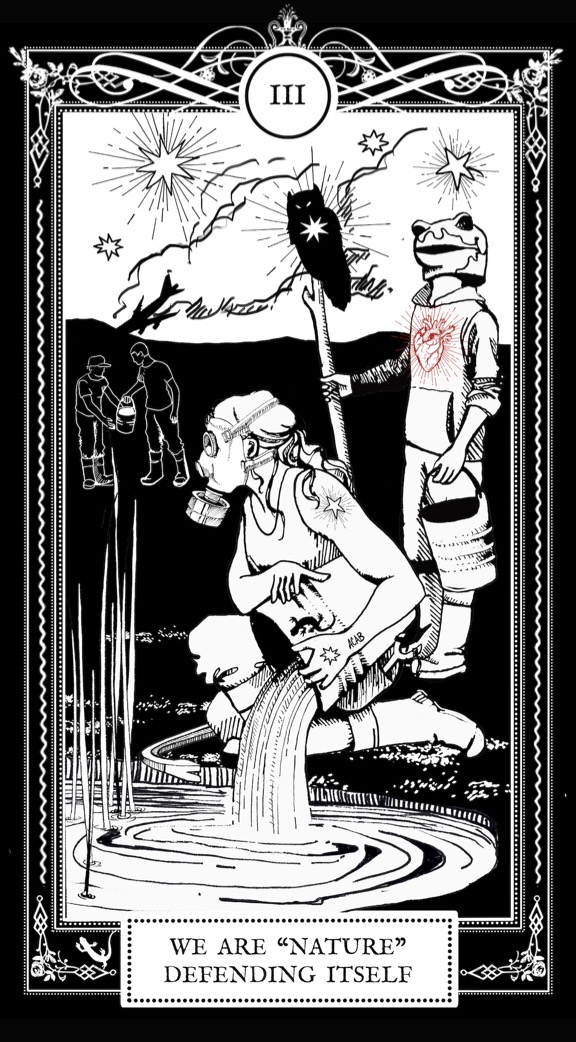 The ZAD NDDL is an autonomous zone that begun to protest a new airport that the government planned to build on agricultural land. Activists and environmentalists started to squat in the area, alongside local farmers, and gradually built an entire self-organised community.

Over the years there have been several attempts by the state to evict the people living there and destroy their buildings, but this has been met with lots of resistance and solidarity from all over France. The airport plans have now been cancelled: a huge victory, although very hard won. They seem to now have reached an uneasy truce with the state – they’re negotiating for legalisation so they can stay on the land in perpetuity.

Isabelle and Jay told us about their practice and how they ended up at the ZAD. They were working in London (as academics, I think) and doing their art and activism on the side. They don’t see art and activism as two separate things. In their practice, they worked with both, in a participatory and pedagogical way.

At some point, they realised that they couldn’t live in the city any longer. They felt that cities are designed to keep us all divided from each other. They quit their jobs and travelled around Europe for a while, visiting communities and co-living projects throughout.

They settled in northern France for a while and began a housing co-op, but later realised that they still had a mindset of always travelling and moving around for their art practice. They needed to become more grounded into one place, and wanted to find a way to connect art, activism and everyday life. “Why can’t life be art?” 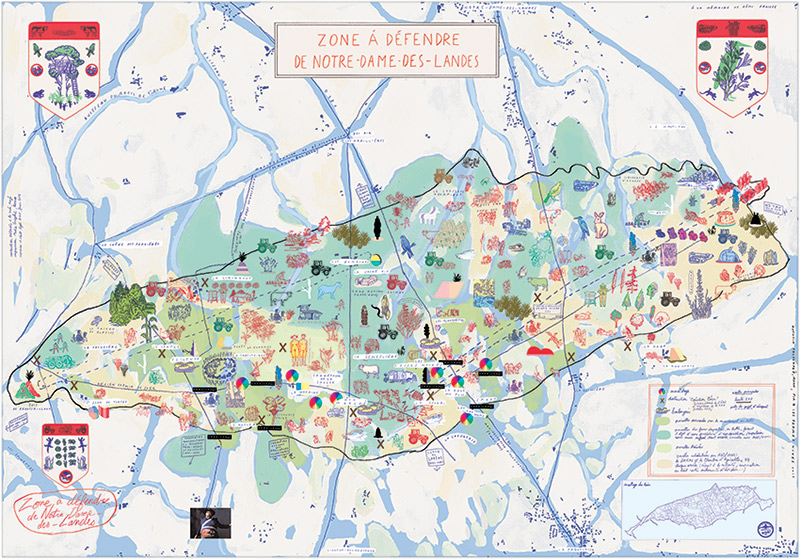 They ended up at the ZAD. They shared stories of the repeated attacks on the ZAD by the state, and the messy, complex, everyday reality of building a commons. You can watch two short documentaries that they made about the history and one about the how people there live now.

They see creation and resistance (yes and no) as two interlocking strands, like DNA. You can’t have one without the other. The counterculture of the 60’s was just about “dropping out” of society and alternative living, which made it easy for Silicon Valley to appropriate its ideals to capitalist ends. This made me think of my post about community gardens. They even said something like “if we don’t resist the extractivist death drive of capitalism, your community garden is going to be underwater.”

Excited to read the book!

Finally, the other day I came across The Reef, a communal living project in Brussels initiated by Edgeryders. I really hope they succeed! I want to live somewhere like this so much.