I read Jay Springett’s 2020 retrospective and thought I might have a go at writing one too.

It goes without saying: this year has been awful for most and tragic for some. All things considered, I’ve had an alright year despite everything – something which I’m endlessly grateful for. I did quite a bit of travel in 2019, so I didn’t really have many plans for 2020, aside from spending time in London and focusing my energy on Common Knowledge – I certainly got to do that!

I started the year in the Yarra Ranges with some close friends. Where we were staying was beautiful, in the middle of a lush forest full of ferns and Mountain Ash trees, but the trip was tinged with sadness because of the bushfires raging in other parts of Victoria and New South wales at the same time. I guess it was an appropriate beginning to a year characterised by a background siren of existential dread.

I came back to London at the start of January. The first few months of the year feel impossibly full. We were working from Space4 in Finsbury Park and I felt so happy going there every day: working with the co-op, getting to know the rest of the community, going to the shared lunches. I had felt a little unsure of what life would be like after leaving stable full-time employment in 2019, so my enjoyment of working in Space4 just felt like a resounding YES! to that decision.

In January I started teaching Digital Design at Central St Martin’s, which was a great experience and quite a learning curve for me. I wrote a bit more about that here. I also did a workshop centred around Mozilla’s Internet Health Report for LCC’s User Experience Design course in March, and then in September started as an Associate Lecture there.

I spent quite a bit of time helping establish and organise the Designers + Cultural Workers branch of UVW, although my involvement waned towards the end of the year due to exhaustion and Zoom fatigue. I’m so proud of what our branch has achieved this year – we wrote open letters, ran online events and meetings, contributed to festivals, helped people with their issues at work, created a membership handbook and onboarded a load of new members.

It was great to see union membership surge in response to the pandemic. It feels like there’s a shift in understanding, that we need collective action if we want any hope of responding to this crisis. Events like the How to Work festival from HFBK Hamburg and the Arts and Culture for the Many stream of The World Transformed demonstrated that there are a lot of cultural workers thinking along the same lines at the moment.

On a personal level, I met How for the first time in March. Two weeks later, they announced the lockdown. We had only been on three dates (albeit very long ones), but we decided that he should just move to my house, at least for a few weeks. It was a bit of a gamble, but luckily it worked and we haven’t spent a day apart since. I’m so happy we met when we did – a week or so later and probably none of this would have happened. I can’t imagine what this year would have been like without him.

We spent the first three months of lockdown with my housemate James. My two other housemates had left London to live with their respective parents, so we had enough space in the apartment for the three of us to work fairly comfortably. Our kitchen has south-facing windows, making it by far the sunniest room of the house. At the height of our confinement and boredom, we moved the couch into the kitchen, where we could soak up the unseasonable April sunshine and stare down at our neighbour’s garden with envy.

We got into all those lockdown clichés like baking sourdough bread, we walked every possible route available from our front door, we tried various video call platforms, we played Animal Crossing, we cut each other’s hair, we got really bored but managed to stay sane and healthy. I’m thankful for this mundanity – I know so many people had it much, much worse. The highlights of this time included: going on long cycles, through the deserted centre of London and south of the river; occasional trips to the Big Sainsbury’s, for a bit of variety; taking mushrooms and lying in the kitchen sunshine listening to this mix by Nite Jewel, featuring excerpts from an interview with bell hooks.

After over a decade of being vegetarian, I went fully vegan this year. (Mainly because I said I was the first time I met How and then had to follow through with it.) It’s been surprisingly easy, I guess because we’re mainly cooking at home now. Plus, most supermarkets are stocking some excellent vegan ingredients these days. My friend Mikey recently published this riso-printed non-authoritative vegan cookbook, Collective Hunger, which is very cute indeed.

As the lockdown began to ease, my housemates started planning their return, so we decided to move in with another friend. The new house featured a garden and a cat. Summer, in retrospect, felt incredibly free. We could see friends in the park, go wild swimming, eat and drink outside. We went to Wales for a few week’s holiday, where we went hiking and swimming almost every day. We fostered a cat (Sebastian) from a cat rescue charity for a few months, which I cannot recommend enough. It was so lovely to have another creature share our house (but devastating when he got adopted).

We made a fairly impulsive decision to go to the Canary Islands for a month in October, which was probably one of the best we made all year. La Gomera is incredibly beautiful. We worked during the week and then spent our weekends exploring the island: hiking up steep cliffs and through cloud forests, swimming in the ocean. It felt so free and made us realise that we didn’t particularly want to live in London anymore.

When we got back, we gave our notice to move out and spent six weeks selling almost all of our stuff, including my beloved houseplants. We left on the winter solstice, exactly four years since I moved there. For now, we’re living in Wales… probably until spring, whenever borders start opening again and it’s possible to move around. Hopefully we’ll be able to move to Berlin, but let’s see. 2020 has demonstrated that being flexible and adaptable is a necessity.

I’m incredibly proud of what Common Knowledge achieved this year and am very excited to see what’s in store for 2021. We’ve pretty much given up on writing week notes, but we do publish updates sporadically over on our website.

We managed to squeeze in a few real life meetings before the lockdown: with our collaborators from Progressive International in January and then a trip to Malmo to meet with Zetkin Foundation in February.

We (obviously) started working remotely in March. This took a bit of getting used to, but we had quite a good culture of documentation and asynchronous communication already, so I feel like we handled this transition pretty well. We’re going to continue as a remote-first co-op indefinitely, now that one of our members has now moved to Glasgow.

April was quite intense: trying to come to terms with the pandemic while trying to juggle paid projects and helping the Mutual Aid UK group. It felt like our work accelerated then and hasn’t slowed down since. In May, we launched four websites in a week: Progressive International, Vent Your Rent, Nurses United and Can’t Pay Won’t Pay. At the time, this was very stressful – terrible planning on our own part, a lesson learned the hard way – but in retrospect I just feel really proud of what we managed to achieve with such a small team.

Some other highlights included working on Claim the Future, a project initiated by John McDonnell, and the Airsift platform for Citizen Sense, which investigates the relationship between technologies and practices of environmental sensing and citizen engagement. We were also very happy to receive some grant funding, which enabled us to do solidarity work for organisations like UVW, and pursue some of our own self-initiated projects.

We’ve done loads more exciting project since then that I can’t wait to document and share. We’ve established an incredible network of collaborators who are doing really important work. We learned a lot about how to work together; how to run a non-hierarchical, democratic organisation; how to write proposals and win work; how to build relationships; how to run remote workshops… There’s so much more, but it’s hard to even remember it all. It was definitely a year of rapid growth and continuous learning for all of us, I think.

I’m looking forward to continuing this work in 2021. My main focus is going to be on achieving more balance – not working so hard that I burn out, taking things a bit more slowly, allowing time for rest and reflection. I’m pretty sure I say this at the start of every year… but I’d hate to see what happened if I didn’t set this intention!

I read more than average this year, thanks to the lockdown. Reading became a great place to escape, although it seems I have the tendency to choose books about the end of the world.

Outline by Rachel Cusk, Priestdaddy by Patricia Lockwood and Weather by Jenny Offill were probably my favourite novels this year, although Weather made my climate anxiety so bad that I started having nightmares. I read Virginia Woolf for the first time (Mrs Dalloway and A Room of One’s Own) and was in awe of her talent and bravery. Design Justice by Sasha Constanza-Chock was the most important non-fiction book I read. More on that here.

I highly recommend the Small Axe film anthology by Steve McQueen: a five part series exploring the lives of West Indian immigrants in London during the 1960s and 1970s. I’m very excited to be working on the redesign of the George Padmore Institute website (in collaboration with InFact Co-op) early this year – their archive includes lots of material documenting Black British history over the same period, and was apparently used extensively during the development of the series.

I listened to a lot of Interdependence, a podcast created by Holly Herndon and Mat Dryhurst. It’s incredibly well curated – a mix of music, sci-fi, futurism, technology criticism, ethics. 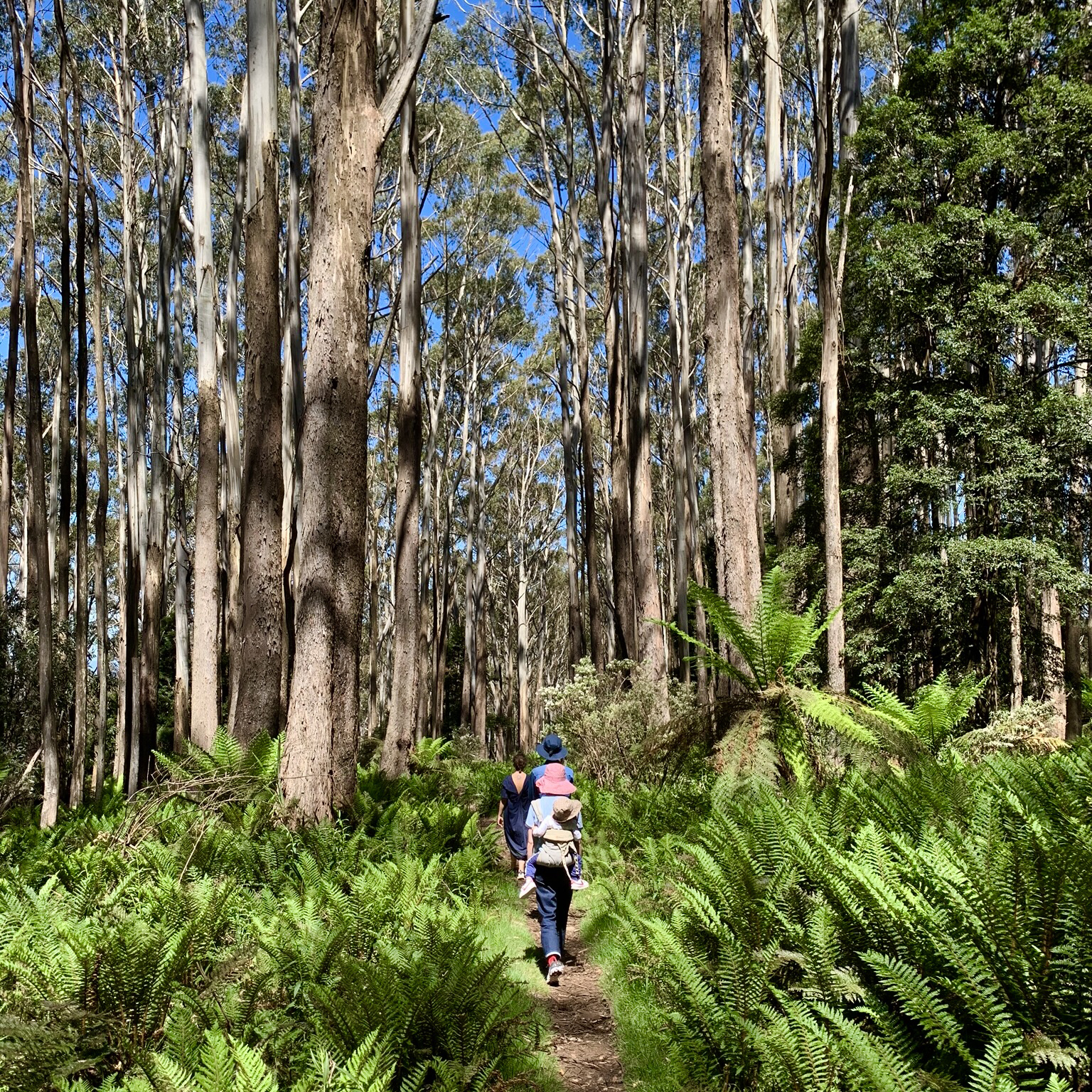 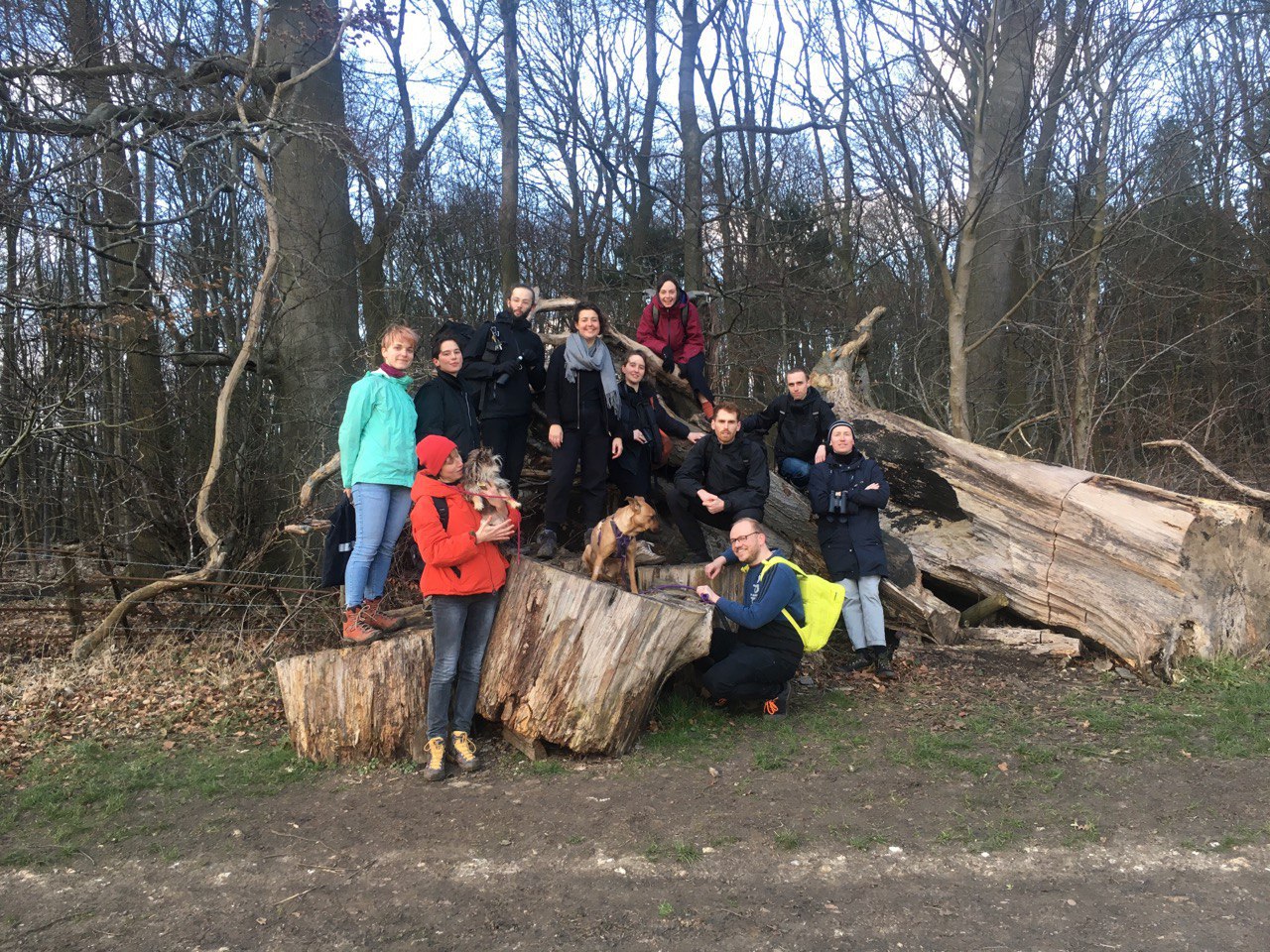 A walk with people from Evening Class, somewhere on the outskirts of London, February 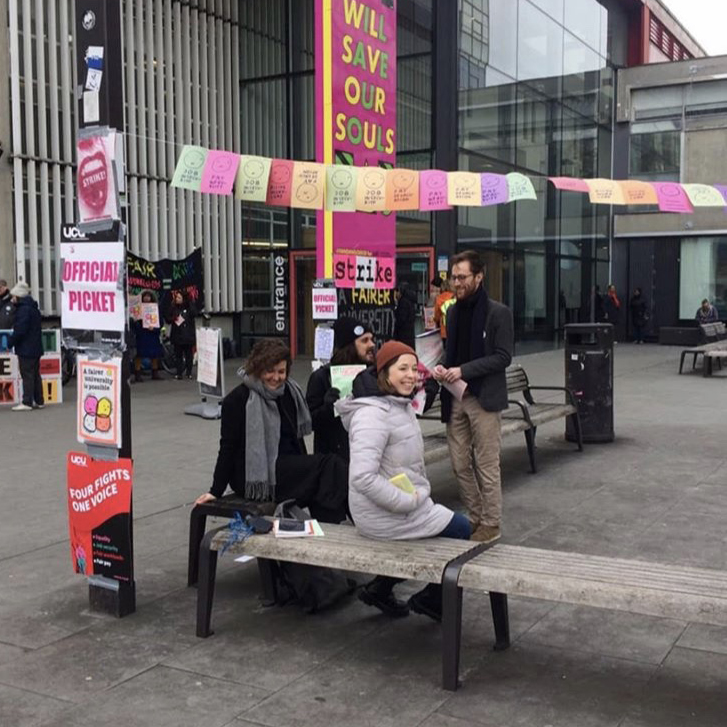 A teach-out at the LCC picket line, March 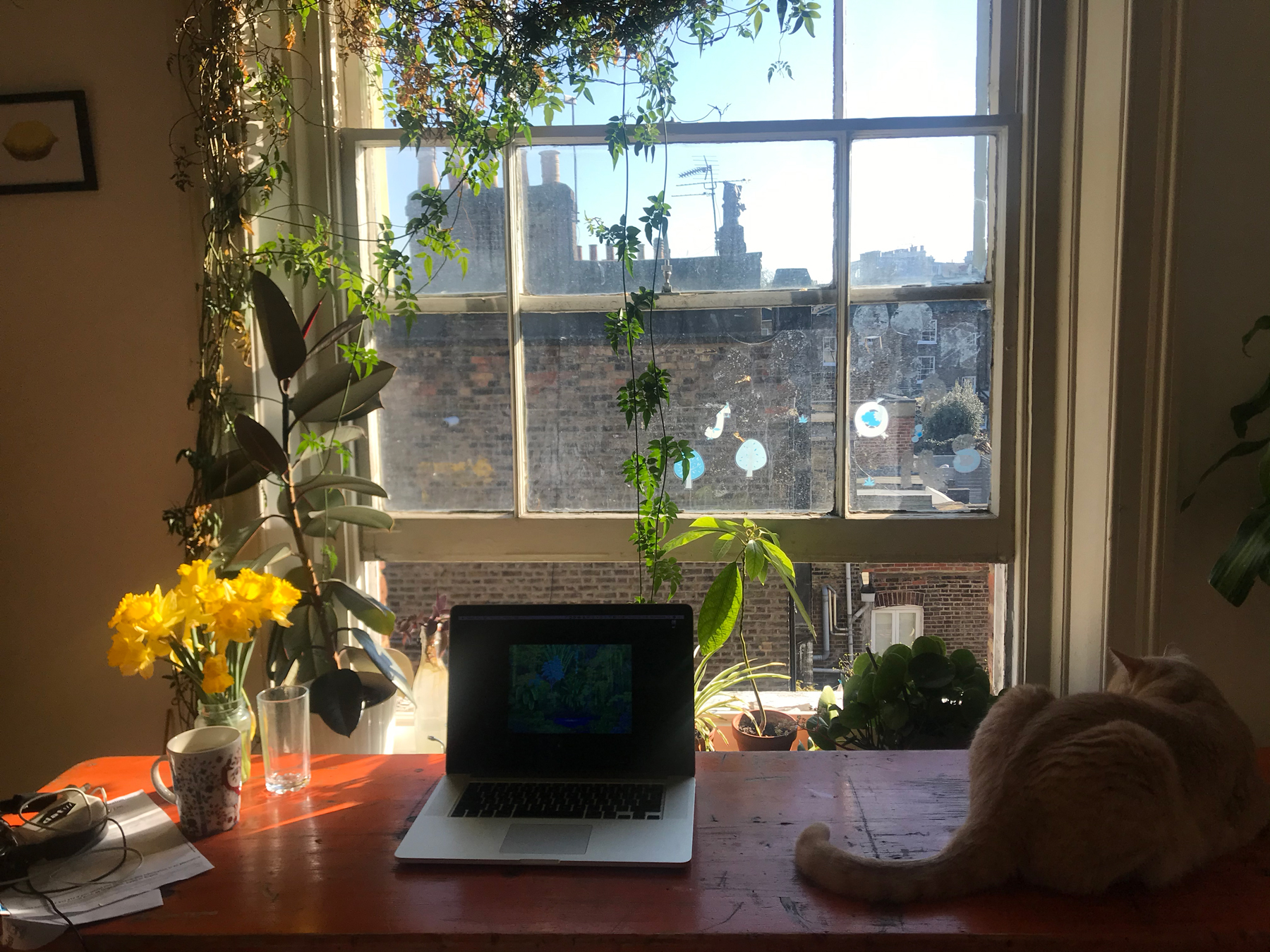 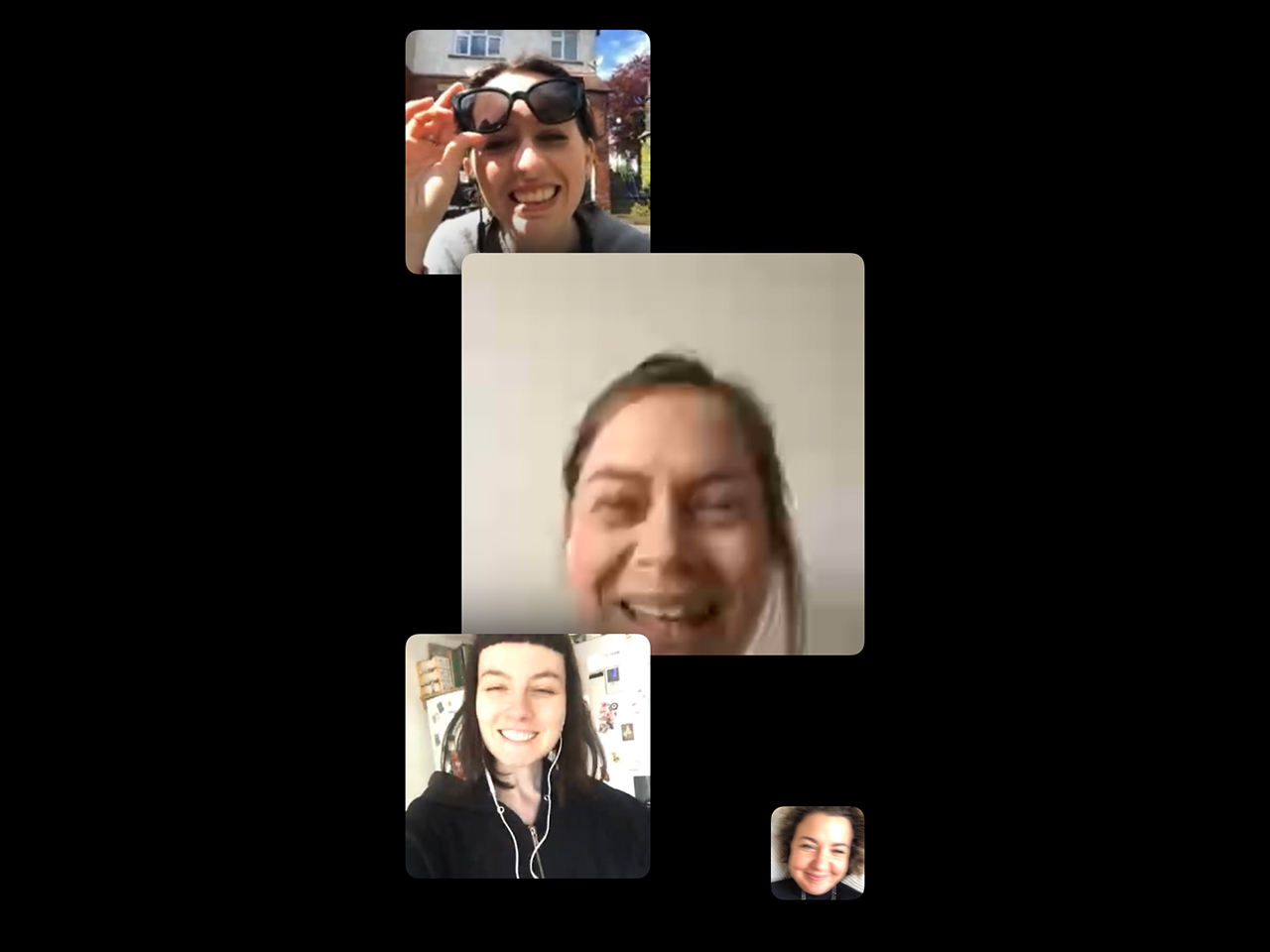 One of many video calls with friends, May 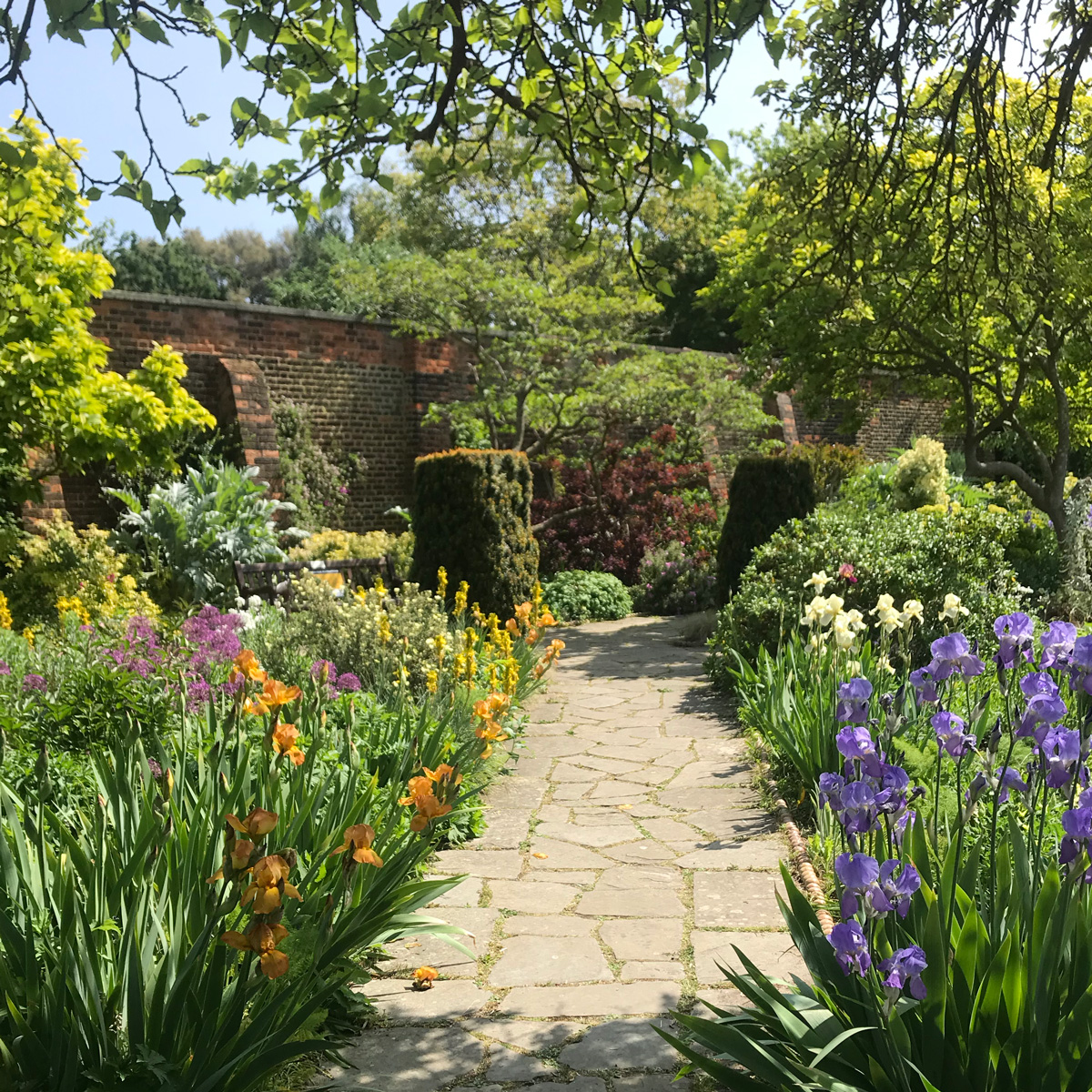 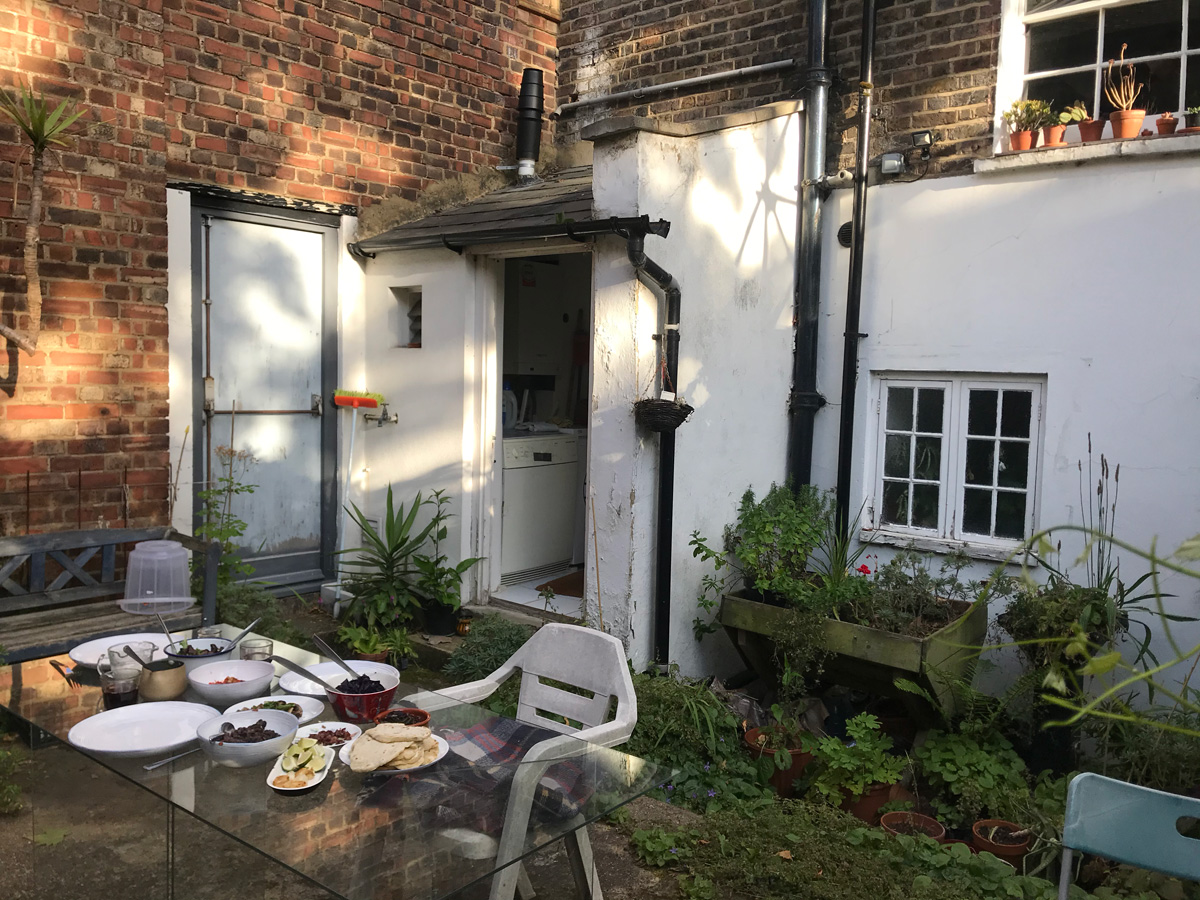 Our new garden with the welcome dinner we made for our housemate, July 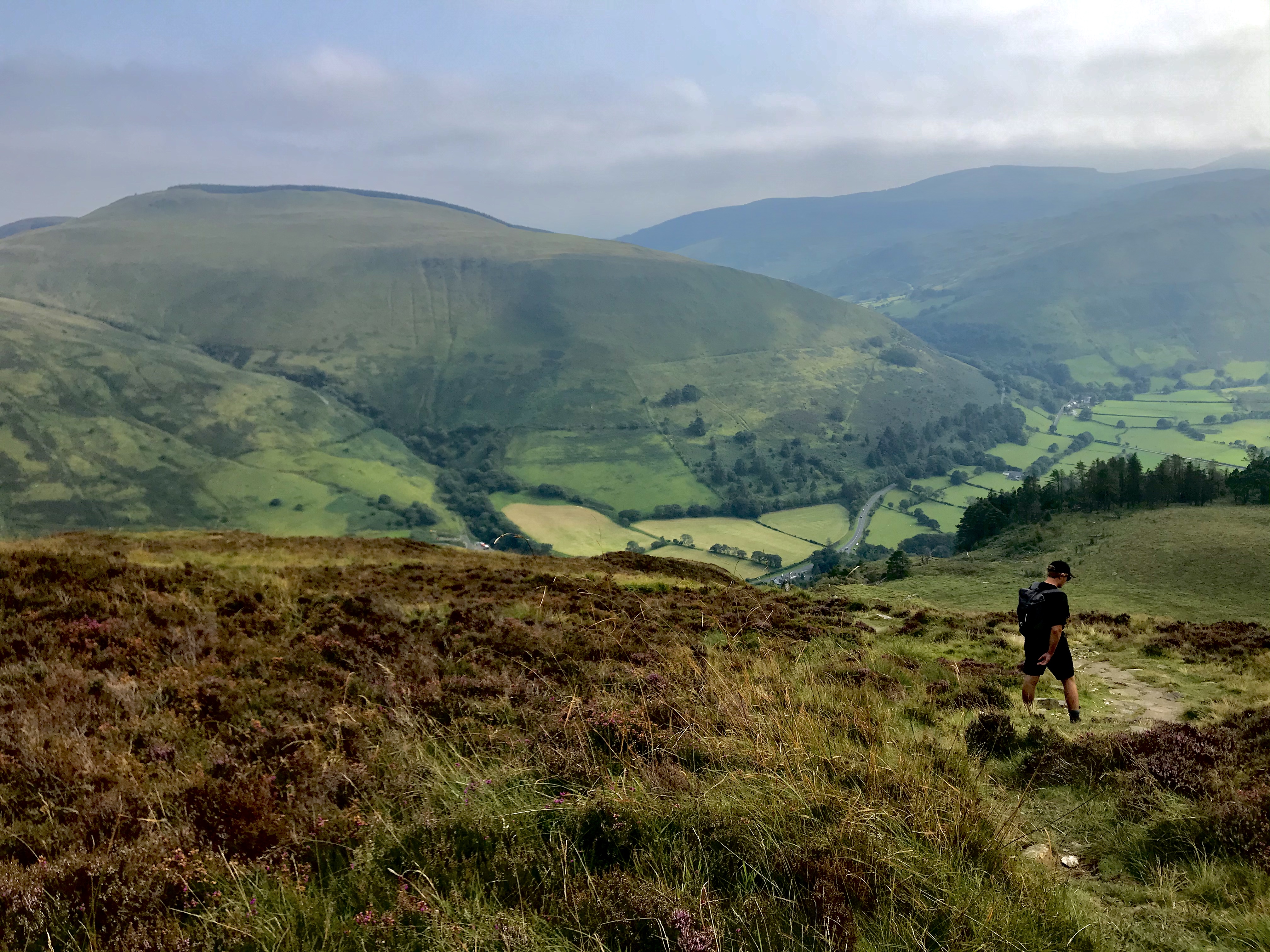 View from the path descending Cadair Idris in Wales, August 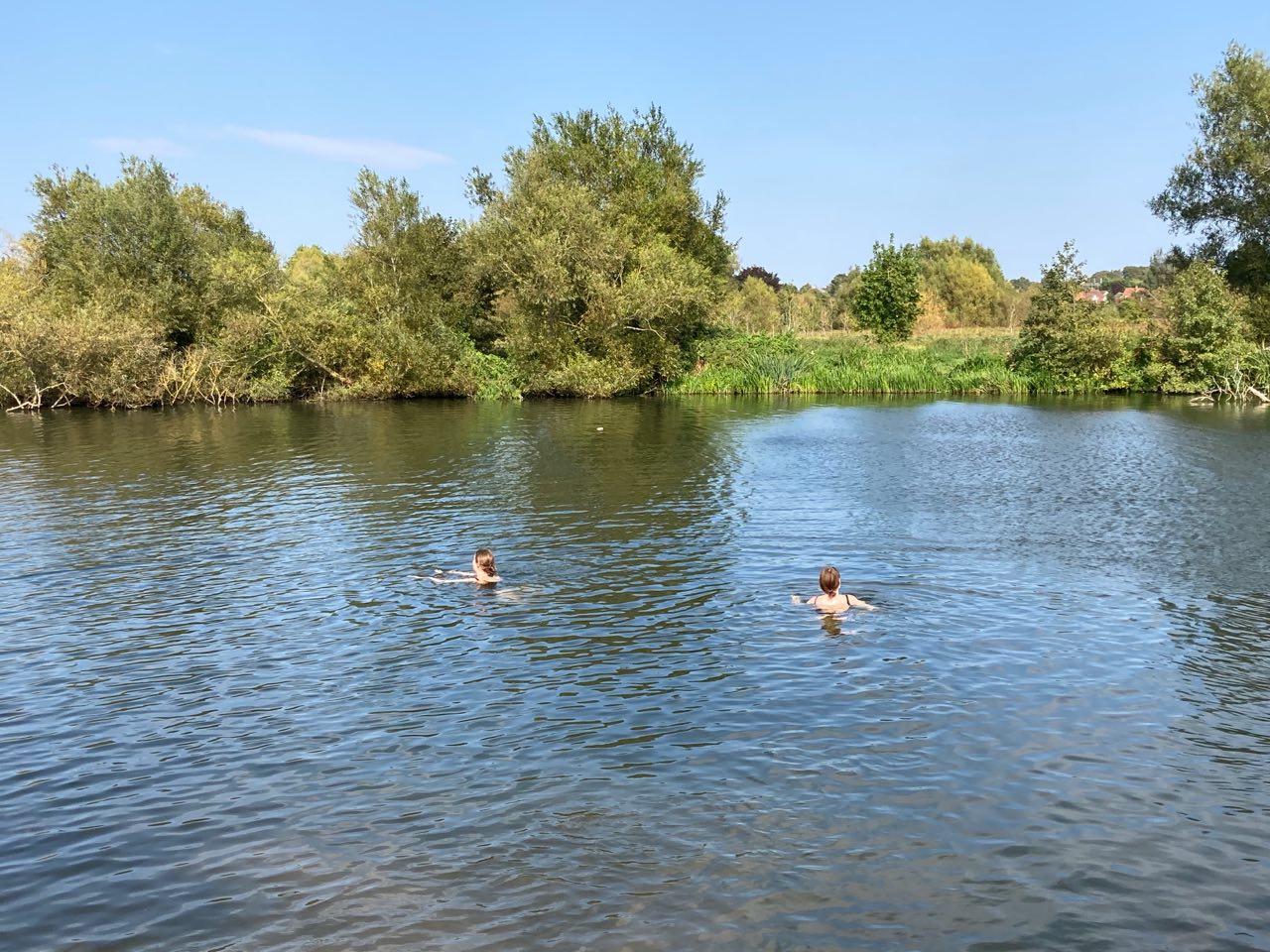 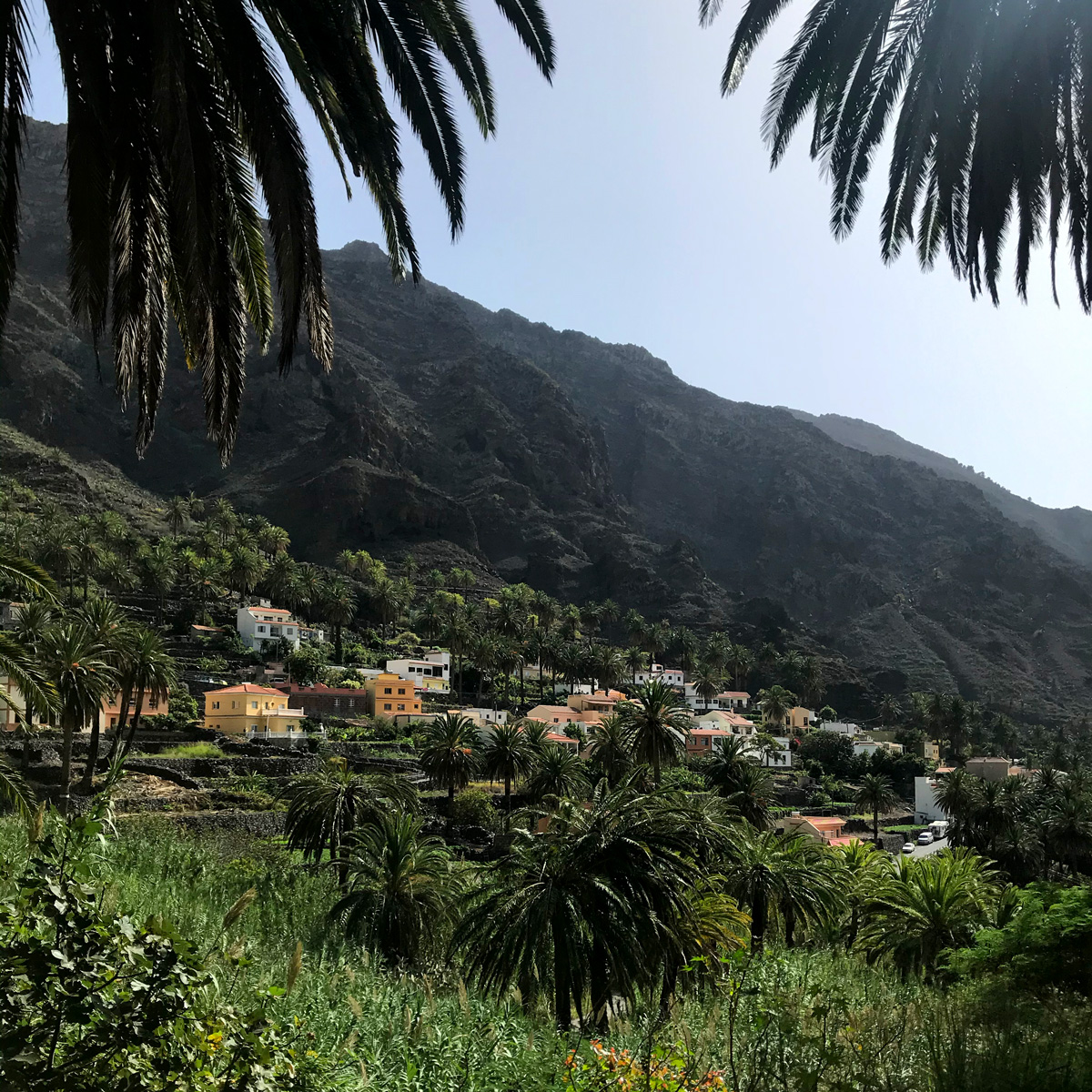 The village that we stayed in La Gomera, October 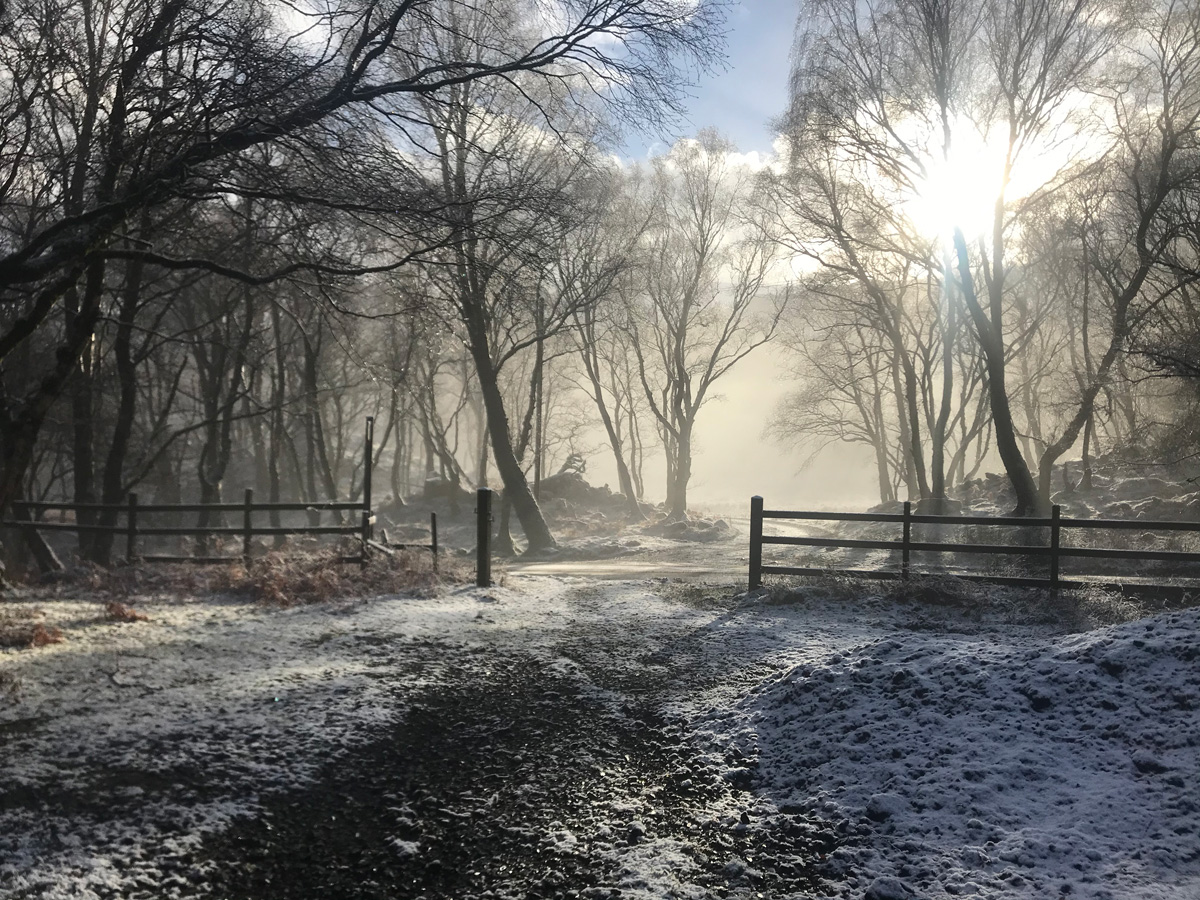 Snow and sunshine in Wales, December