How and I went back to Australia for about three months during Southern Hemisphere summer. Now we’re back in the UK, enjoying the spring, seeing friends and family and cooperators, discussing lots of books and dreaming about what to do next.

This was by far the longest I’ve spent back there since I left ten years ago. I feel so grateful to have a place like that to go back to, to have the freedom to move, and to see friends and family for the first time in two very strange years.

We mainly stayed in Melbourne and worked remotely, which was a whole new challenge with an 11-hour time difference. We did also go to Queensland to see family, Minjerribah (our usual holiday spot when I was growing up and one of my favourite places in the world), Lennox Head and Brunswick Heads in northern NSW, and Tasmania. 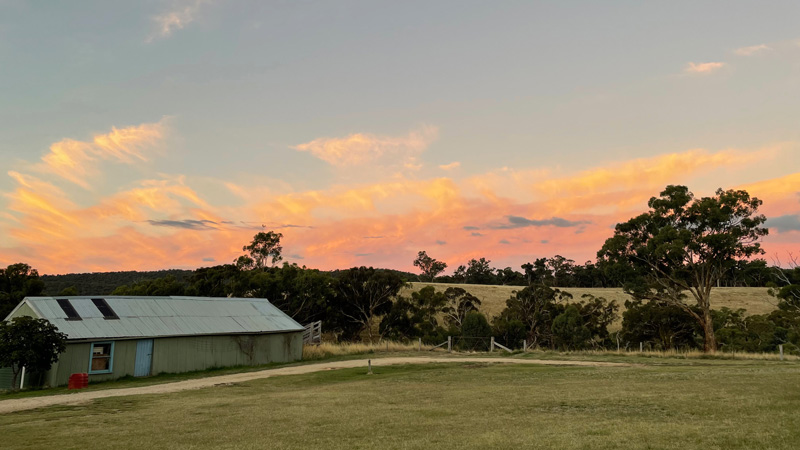 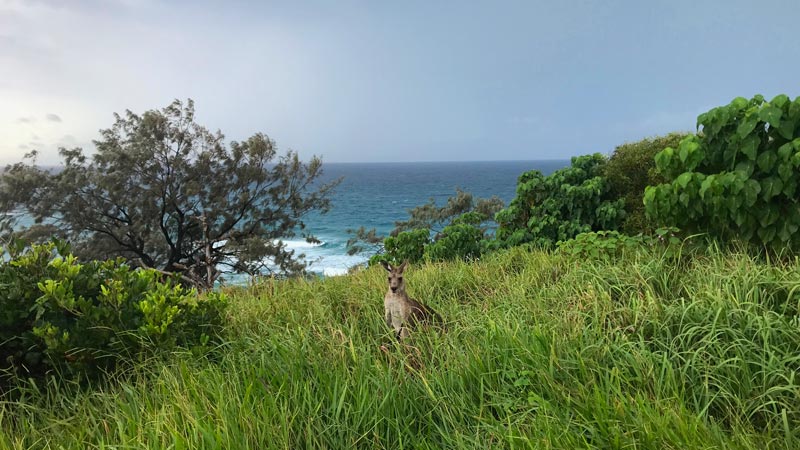 Visiting Tasmania was one of the highlights. It was my first time there and I was so in love with the natural beauty. It’s one of the first places in the world that’s gone carbon negative as they’ve shut down one of their big logging mills, so now their native forests absorb more carbon than the whole state emits. We saw so many animals there that don’t exist anywhere else. 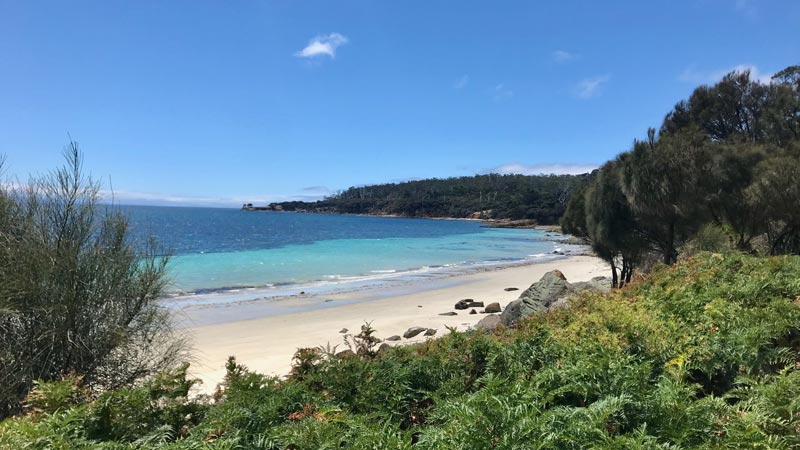 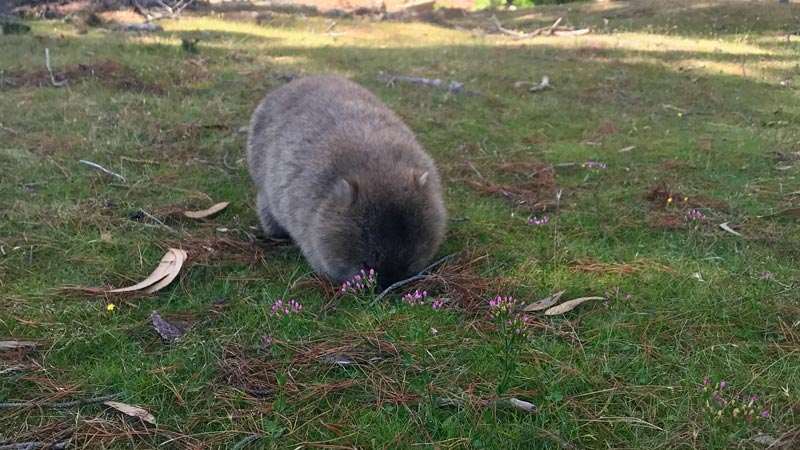 We stayed for a week in a tiny house outside of Hobart. It was so dreamy: a huge window at the front looking out to the bay. They had an outdoor bath where you could look up into the eucalypts filled with birds. 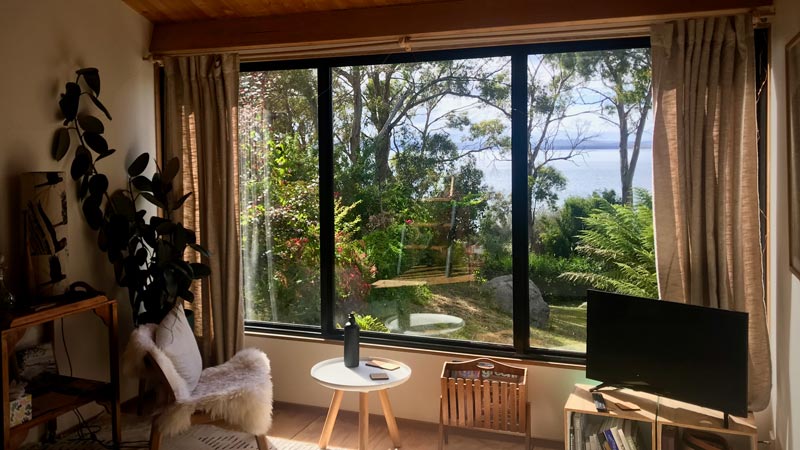 One of our favourite parts of this trip was visiting Paprika and Benjamin in Launceston. They and their house full of books and garden full of veg really inspired us when thinking about how we want to live and where we want to go next.

The worst part of the trip was getting caught in the terrible East Coast floods and having to spend a week in an evacuation centre. More on that in another post, but it was a really intense, visceral reminder of the kind of world that we’re heading towards (that we’re already living in). The depressing thing is that the area flooded again about two weeks after we were there, and now Queensland is flooding yet again.

Now I’m back in London staying with friends while we work out what to do next. It is a joy to be here again, to spend time with people that I’ve barely been able to see for so long.

How and I spent last weekend in a place called Praktyka in Devon and came back very inspired. They spent 18 months travelling the world and visiting other places like retreats and cooperatives to define what kind of space they wanted to build together. I’m really excited to see how it develops. 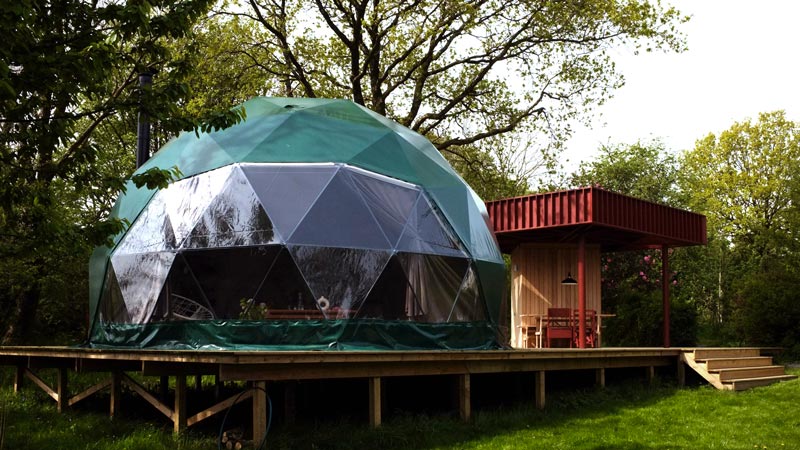 We’re definitely still in dreaming/planning mode, but How and I are hoping to find somewhere like this that we can make our own, to build a space where we can have friends visit, grow a garden, run a residency and maybe some type of event/community space.

Realistically we’re going to have to move out of south-east England to do this, so it’s been fun to explore the different options of where we could live. We’re hoping to spend some time over summer visiting a few places that are doing similar things in Italy and Spain.

I’m a little nervous of moving out of a city for the first time, particularly one where I have so many connections and there are so many opportunities. But we just feel so excited about the potential of a project like this. When I think about the times that I have been the absolute happiest, it would be summer 2019 when I stayed at Casa Sasso in Gambarogno and with Brave New Alps / La Foresta in Roverto. I just want that but… all the time.

Capital moves people around and draws them to the center: to find your luck you are urged to move from the village to the town, from the town to the regional capital, and from there to the metropolis. […] Resisting capital’s demand for constant movement is for some designers a strategy against precarisation.
Being exposed to precarity implies a constant temporariness, a constant flux of building and abandoning social and material structures, thus missing out on the possibility of creating interlinking infrastructures that can take us and others beyond precarity, infrastructures that can support critical practice through dire times.

– from Design(ers) Beyond Precarity: Proposals for Everyday Action by Brave New Alps

One of them is Rererereading Group, which Paprika and Benjamin invited us to. So far we’ve read Blockchain Chicken Farm, which I enjoyed a lot, and The Question Concerning Technology in China, which I found too complex and philosophical so have dropped out for the time being. I have really enjoyed the calls that I have joined though – it’s just so fun to discuss a text so deeply with a small group and to deepen our understand together.

The other is a feminist sci fi reading group organised by Yuli. In our first session, 🌿 Entangling the Forest 🪱, we discussed Ursula Le Guin’s The Word for World is Forest, Adam Curtis’ All Watched Over by Machines of Loving Grace and The Daoist Yin Principle in Ecofeminist Novels by Amy Chan Kit-Sze. 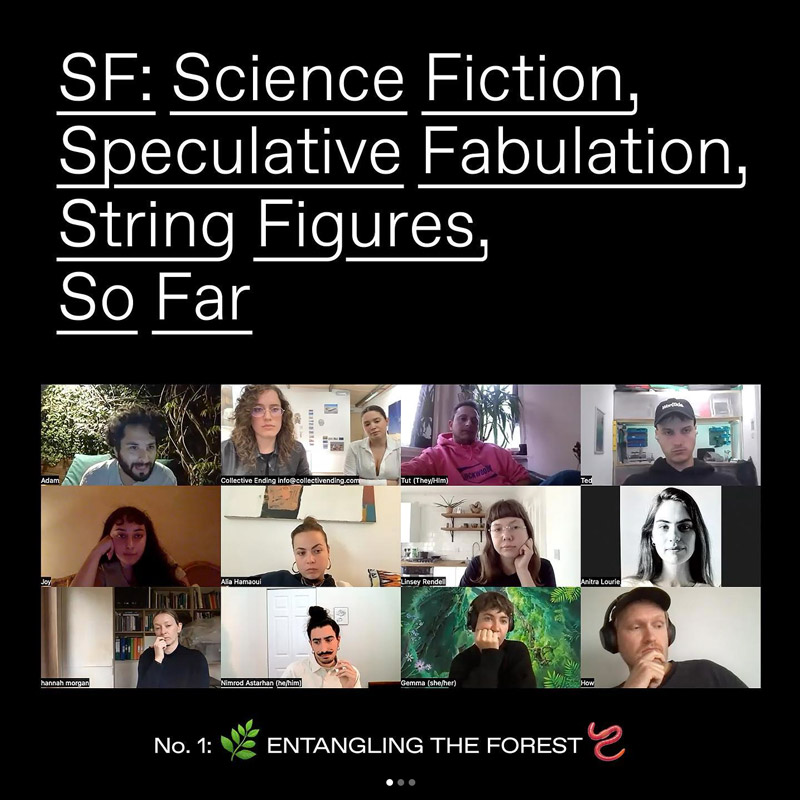 I usually hate after hours Zoom calls as it feels too much like work and even during remote lectures I end up zoning out. But I just found this session so engaging and fun. More exciting than a lecture because there wasn’t any hierarchy – just a group of people exploring ideas together. Yuli did a really great job curating the readings so there was so many interlinked topics to dive into which made for a very rich discussion.

Lots of Taoist/Daoist themes running through both reading groups. Next I’d quite like to read Le Guin’s translation of the Tao Te Ching.

I just finished reading a book called The Feeling Buddha, so I’m thinking a lot about mindfulness and spirituality. I also started therapy, and all of these things feel like they’re combining in really generative and healthy ways.

One of the nice things about being in London again is being able to spend time IRL with the rest of the co-op. We’re working from a space called Pelican House now, which is full of other left organisations like The World Transformed, Green New Deal Rising, Autonomy and London Renters Union.

The space got off to a bit of a slow start due to the pandemic, but it’s feeling more convivial now as people settle in. The hope is that the building will become a bit of a hub for the left in London.

At the moment, our co-op is trying to work out how to move into a calmer, slower, more abundant mindset. We’ve always had this as an intention, but the sheer amount of projects we’ve been working on and other pressures outside of our control have meant that we’ve slipped into frantic, scarcity thinking.

I feel really lucky (as ever) to have colleagues that are equally committed to thinking about collective care and addressing burnout. It does feel like things are gradually getting better in terms of our work-life balance.

Quite random, but it seems I’ve temporarily slipped into Beatlesmania after watching the Get Back documentary. I’ve never paid much attention to them before, but the film is a fascinating look into their creative process and their group dynamics. Now I can’t stop reading about them or listening to them. (Hopefully it’s just a phase.)

At the moment I do feel a deep despair at climate inaction and the invasion of Ukraine and the (waves hands) state of the world. But then I’m oscillating between that and an intense gratitude for my present and excitement for our future plans. Trying to just ride the waves and direct these feelings towards doing something meaningful and generative with my time. 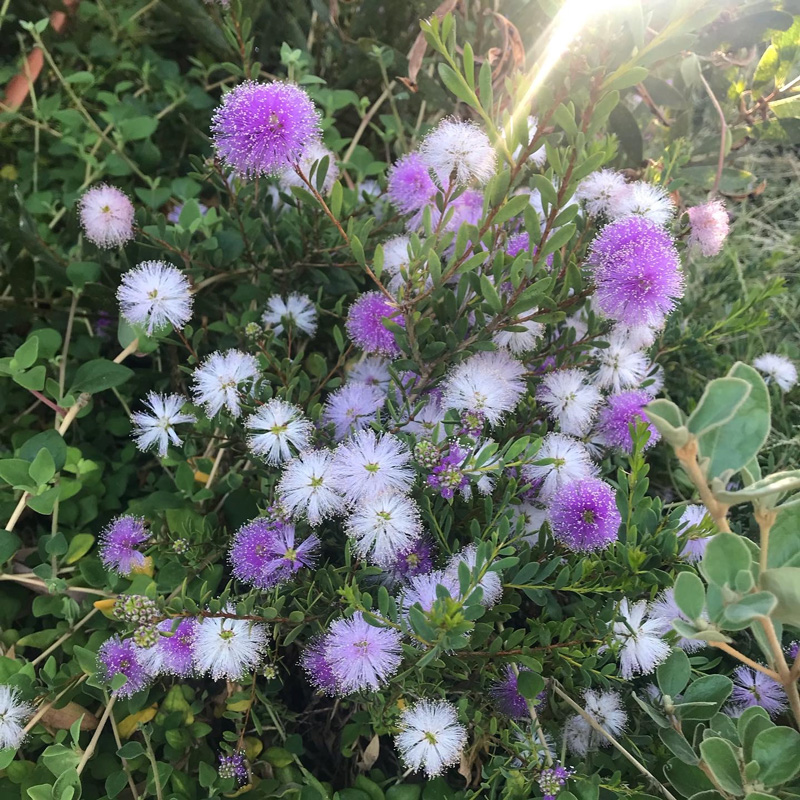