A few months ago I spoke at a panel discussion for CSM students. It was a partnership with Thames & Hudson and Design Observer to accompany their new edition of Ralph Waldo Emerson’s 1841 essay, Self-reliance. The event aimed to explore what it means to graduate during a crisis after 1+ years of disrupted education.

While I totally agreed with this premise and wanted to contribute, the essay itself and the choice to republish it really grated on me. Of course, it was written in the 19th century, so I can’t really blame Emerson for being a few centuries behind the intersectional feminist, post-colonial and post-humanist thinking. Still, it feels strange to me that the publishers are pointing to the power of individualism as a way to deal with social, political, economical and environmental upheaval. This idea that we’re all individuals and that there’s no such thing as society has been one of neoliberalism’s greatest triumphs.

I wrote a somewhat ranty post about the essay to sort through why I had such a problem with it. I didn’t publish it at the time, but I find myself still thinking about this question of individualism a few months later, so figured I may as well.

Emerson suggests that the self-made man should turn his back on society and focus instead on himself and his own individual genius. “Society never advances”, he says, so why bother? I feel like this is the exact opposite of what we should be telling students, or anyone, for that matter.

Individually, we are basically powerless to influence social and political structures. However, if we organise and work collectively, we can address systemic problems and work together to build alternatives that work for everyone. Take unions, for example: a single worker who has an issue with their boss is powerless, but a group of workers who are organised can go on strike and make demands and support each other.

At the moment, precarity is the nature of the system. If we just focus on individual success, on working hard and being nice to people, and we don’t try to address problems on a structural level, whether that’s capitalism or just the design industry, we’ll continue to have an industry dominated by white, middle class, cis-gendered men, perhaps with a white woman or two for diversity.

It’s easy to think that “the world exists for you” and that “all doors are flung wide” if you’re white and male. In celebrating individual, heroic genius, Emerson erases all the human and more-than-human beings that support these great men and himself: the reproductive labour of women who no doubt sustain them, the ecologies upon which their lives depend, the perspectives of the Indigenous people and lifeworlds that existed long before “Columbus found the New World in an undecked boat”.

As Jenny Odell puts it in her response to Emerson’s essay, The Myth of Self-Reliance:

Indeed, “Self Reliance” was written five years before the term “manifest destiny” was coined, an era that celebrated the lone, able explorer setting out to tame a (supposed) wilderness. The contemplative tradition has often been supported from the outside, a hallmark of the affordances of leisure—the way that philosophy in ancient Greece was dependent on a servant class. The concept of self-reliance has always relied on something else.

I also find the idea that anyone could declare themselves to be self-reliant is questionable. How many of us could survive more than a few days without the shelter or food that society provides for us? It’s the same mindset that apocalypse preppers take, the idea that somehow you could survive climate chaos by saving just yourself and your family and hiding in the woods somewhere. We all survive or none of us do.

In fact, the idea that there are individuals at all is inherently flawed. He even frames nature as “self-sufficing and therefore self-relying”. To be fair to Emerson, the term symbiosis was first used in 1877 and was a subject of intense debate for centuries, precisely because it requires us to question the notion of the individual. As it turns out, humans are actually microbiomes with as many non-human cells as human ones:

Society is not only real; it’s fundamental. We can’t live without it. And now we’re beginning to understand that this “we” includes many other creatures and societies in our biosphere and even in ourselves. Even as an individual, you are a biome, an ecosystem, much like a forest or a swamp or a coral reef. Your skin holds inside it all kinds of unlikely cooperations, and to survive you depend on any number of interspecies operations going on within you all at once. We are societies made of societies; there are nothing but societies.

— Kim Stanley Robinson, The Coronavirus is Rewriting our Imaginations

Like everything in nature, symbiosis is not binary: it shifts between mutualism, commensalism and parasitism. Ecologies are interconnected systems, relationships of cooperation and competition. We are all intertwined and interdependent. 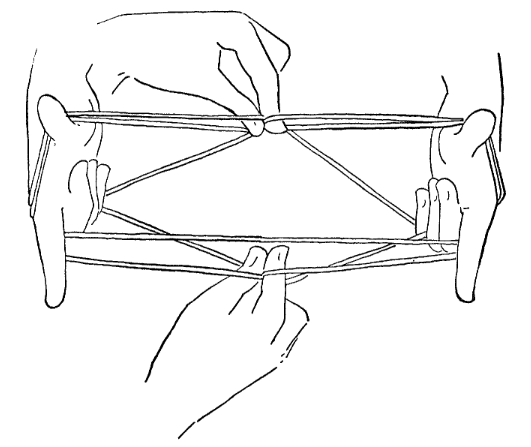 Once we uncover the myth of the individual on a biological level, we can also uncover the myth of the individual idea. I am a product of my environment, my upbringing, my privilege; my family, friends, partner, co-workers, teachers; the books I read, the people I meet, the projects I work on, the places I travel, the food I eat, the films I watch, the conversations I have. All of these interactions and inputs mix together and cross-pollinate in interesting ways, and maybe sometimes this mix of ideas might be somewhat unexpected, but any ideas I might have are by no means a manifestation of individual genius.

Unravel from toxic individualism. You do nothing by yourself. Your whole life is a collaboration.

When we think of ideas as a result of individual genius, we create artificial scarcity and enclose something that should be a commons. As ever, I think that fungi offer a useful rebuttal to the idea of an individual genius. In The Mushroom at the End of the World, Anna Tsing writes:

Consider again matsutake as a commodity, ready to be sent from Yunnan to Japan. What we have is mushrooms, that is, fruiting bodies of underground fungi. The fungi require the traffic of the commons to flourish; no mushrooms emerge without forest disturbance. The privately owned mushroom is an offshoot from a communally living underground body, a body forged through the possibilities of latent commons, human and not human. That it is possible to cordon off the mushroom as an asset without taking its underground commons into account is both the ordinary way with privatisation and a quite extraordinary outrage, when you stop to think about it. The contrast between private mushrooms and fungi-forming forest traffic might be an emblem for commoditisation more generally: the continual, never-finished cutting off of entanglement.