I’ve recently been working on a Membership Agreement for Evening Class. It’s an attempt to escape the tyranny of structurelessness, as well as to provide a guide for new members.

It’s been a rewarding exercise as it’s prompted us to think about and formalise some of the key principles that underpin everything we do, as well as making clear what forms of support we expect from each other. In some ways, these kinds of protocols can feel unnecessarily formal, but I feel like by having it all written down allows us to address how we treat each other more directly, forming the basis for a greater level of trust within the group.

This got me thinking about protocols more broadly, and what they mean for establishing and maintaining self-organised groups.

I’ve just finished reading Mrs Dalloway, which has me thinking a lot about time. (It was originally called The Hours, after all.) It’s such a wonderful book: Woolf effortlessly changes tempo, switches between the inner dialogue of different characters, moves from describing a fleeting present moment in great detail to remembering events long since passed.

It was particularly interesting to read this in our current context of lockdown. There seems to be a general consensus that time is very weird right now. March was endless while April and May have passed by incredibly quickly. There are ongoing jokes on Twitter about people struggling to remember what day it is, and questioning why we have days of the week at all.

A few months ago I spoke at a panel discussion for CSM students. It was a partnership with Thames & Hudson and Design Observer to accompany their new edition of Ralph Waldo Emerson’s 1841 essay, Self-reliance. The event aimed to explore what it means to graduate during a crisis after 1+ years of disrupted education.

While I totally agreed with this premise and wanted to contribute, the essay itself and the choice to republish it really grated on me. Of course, it was written in the 19th century, so I can’t really blame Emerson for being a few centuries behind the intersectional feminist, post-colonial and post-humanist thinking. Still, it feels strange to me that the publishers are pointing to the power of individualism as a way to deal with social, political, economical and environmental upheaval. This idea that we’re all individuals and that there’s no such thing as society has been one of neoliberalism’s greatest triumphs.

I wrote a somewhat ranty post about the essay to sort through why I had such a problem with it. I didn’t publish it at the time, but I find myself still thinking about this question of individualism a few months later, so figured I may as well.

This year has been a bit of a weird one because How and I still don’t have a permanent home. We spent the first three months with friends and family in Australia, three months living with friends in Camberwell, six weeks subletting a friends’ place in Hackney, six weeks of visiting friends and holidaying in Europe (Portugal, France, The Netherlands, Germany and Greece), some time at H’s parents place and a few months living in Wales. 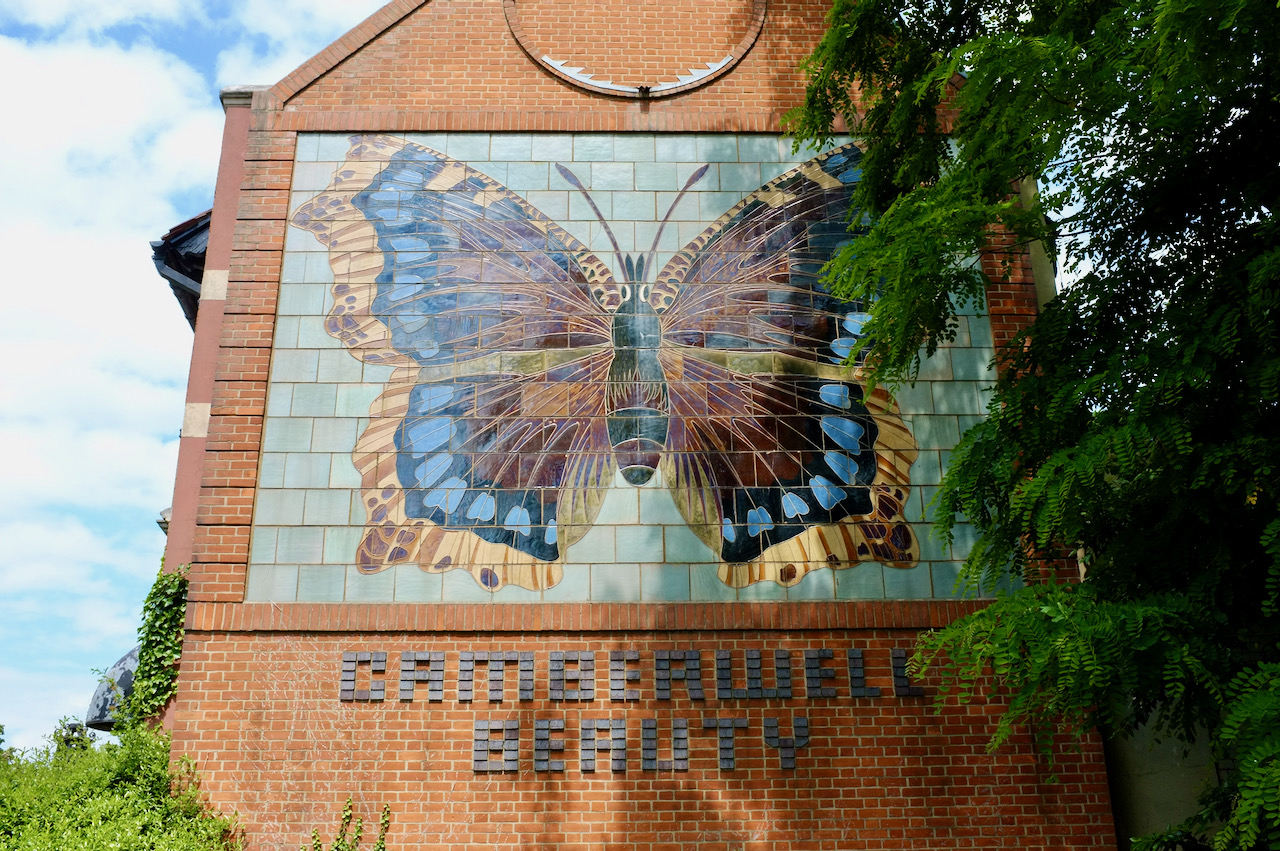 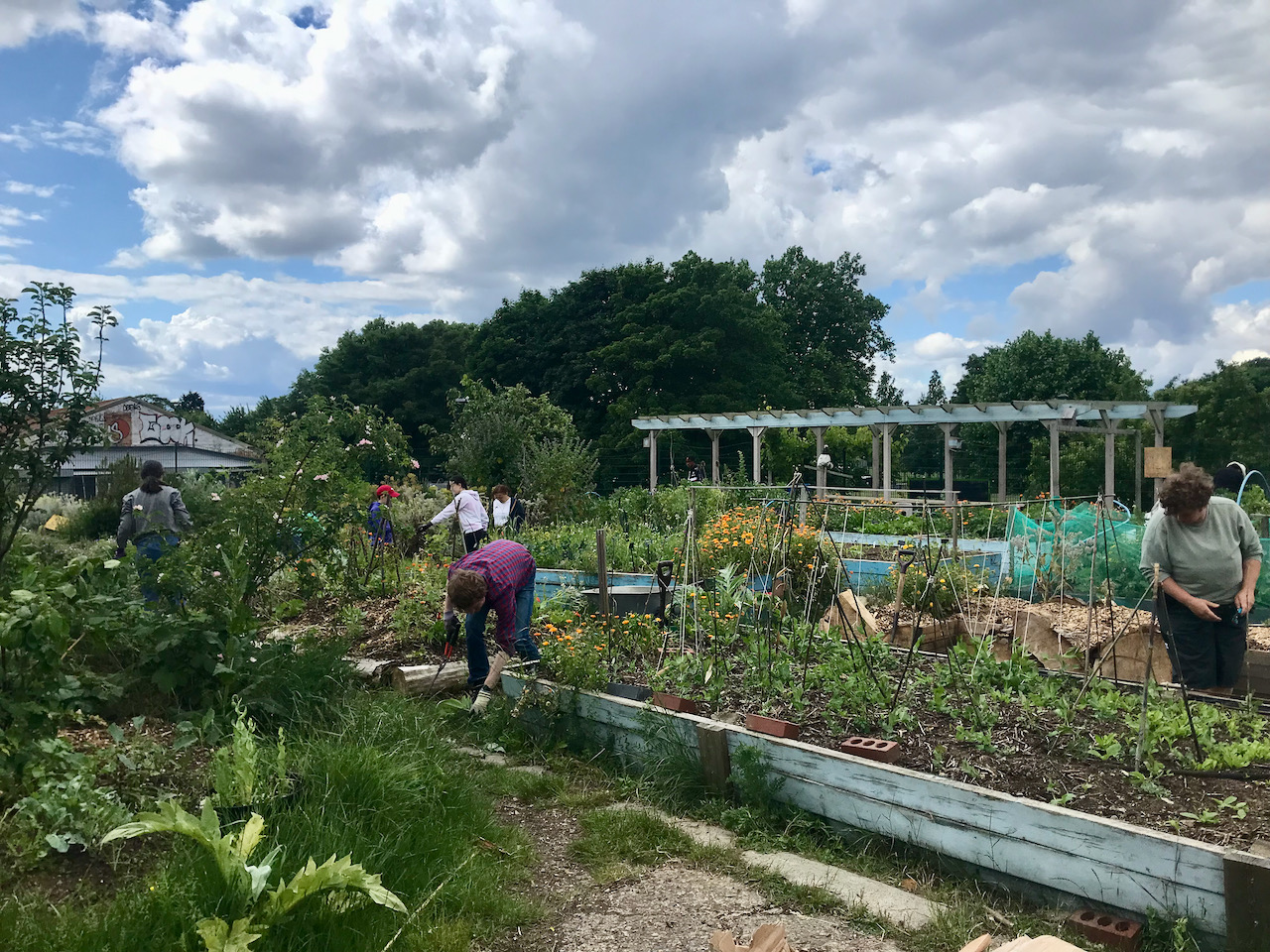 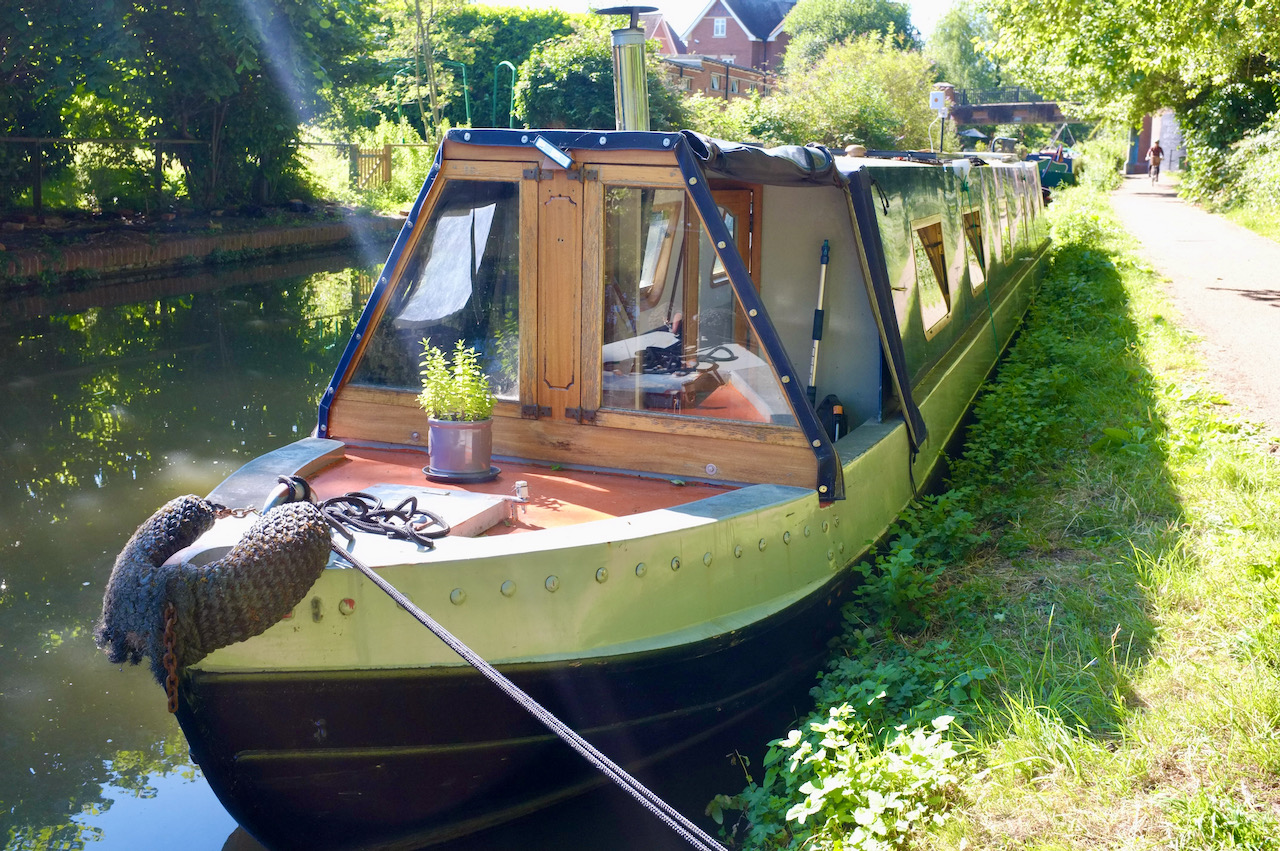 ▴ Visiting Leila & Stu and their boat Dirty Penny in Oxford 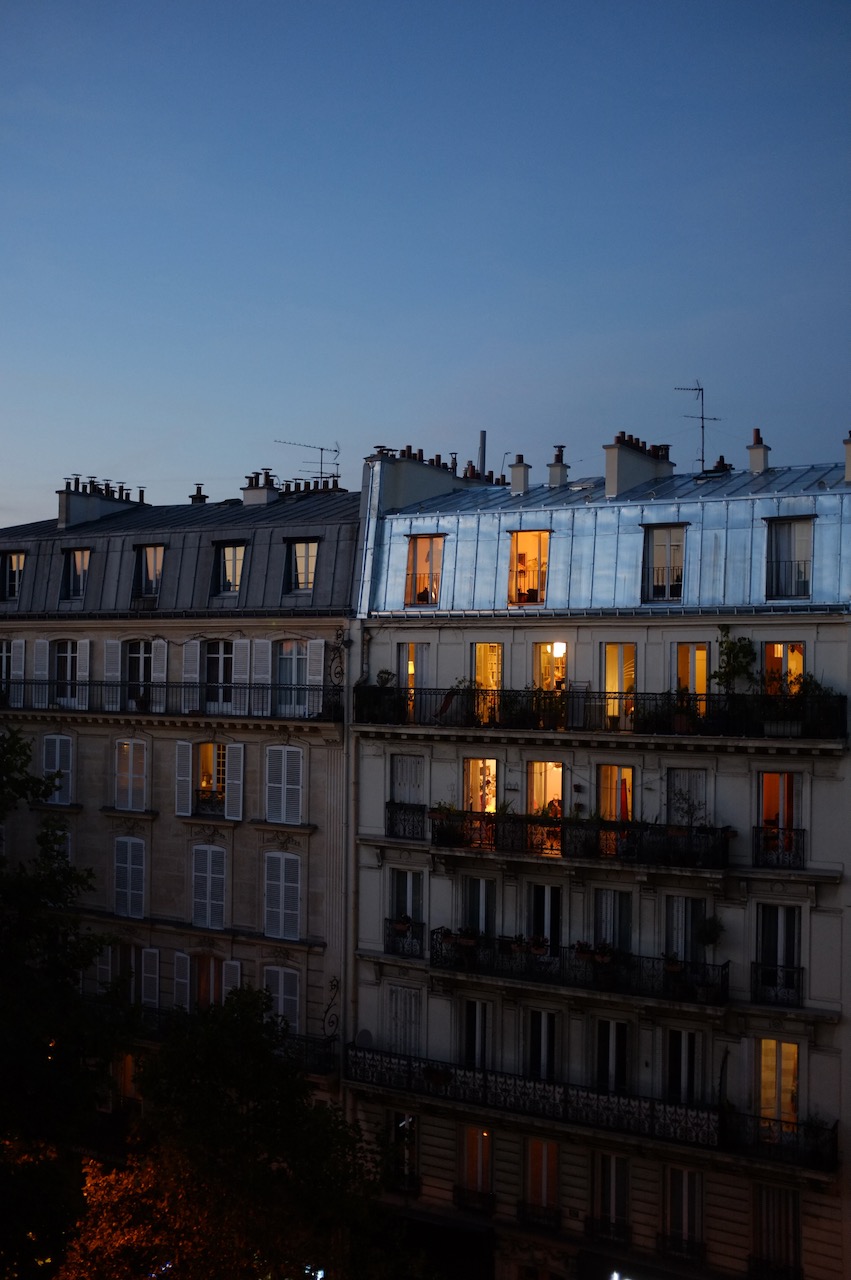 ▴ The view from Luke & Reba’s place in Paris

This year we did a few more multiday hikes and I hope next year we’ll do many more. I find hiking to be so meditative. I love walking through different landscapes, being completely connected to my body, seeing the stars, waking up again in the middle of it. 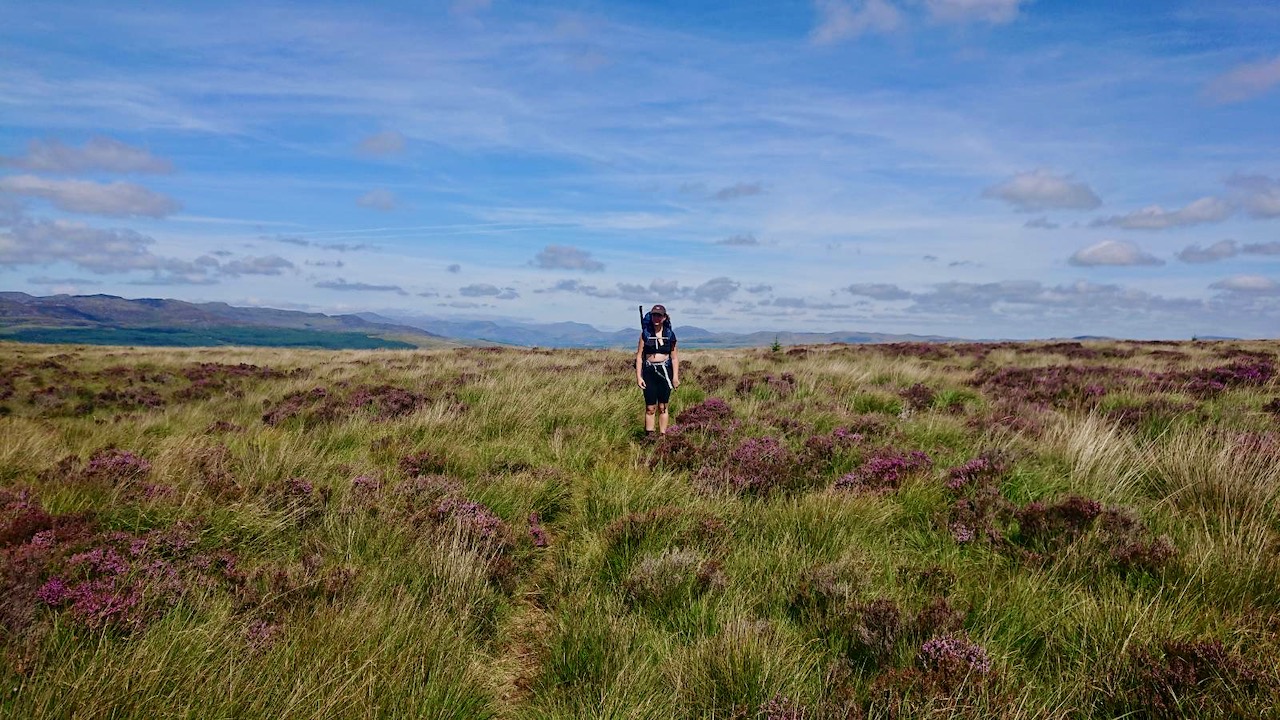 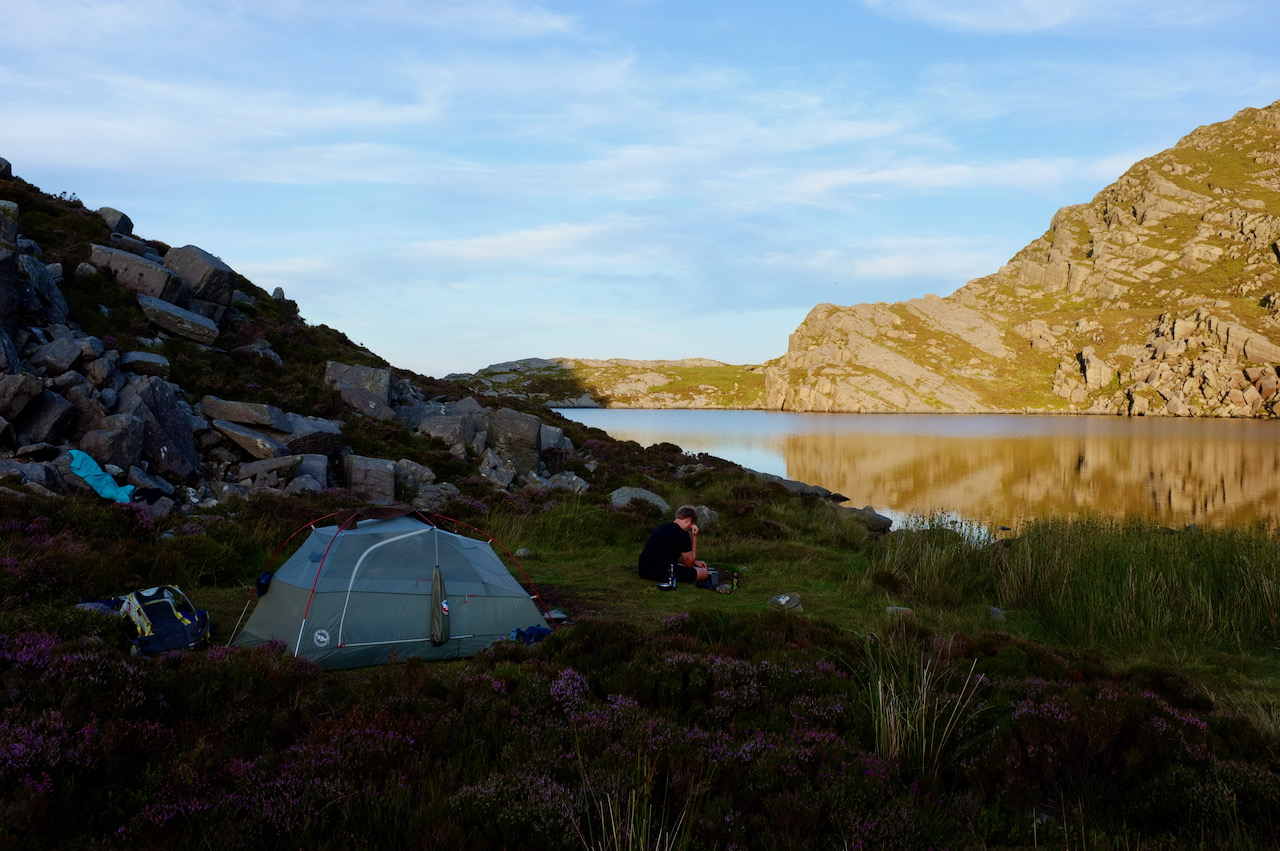 ▴ Camping next to Llyn Du 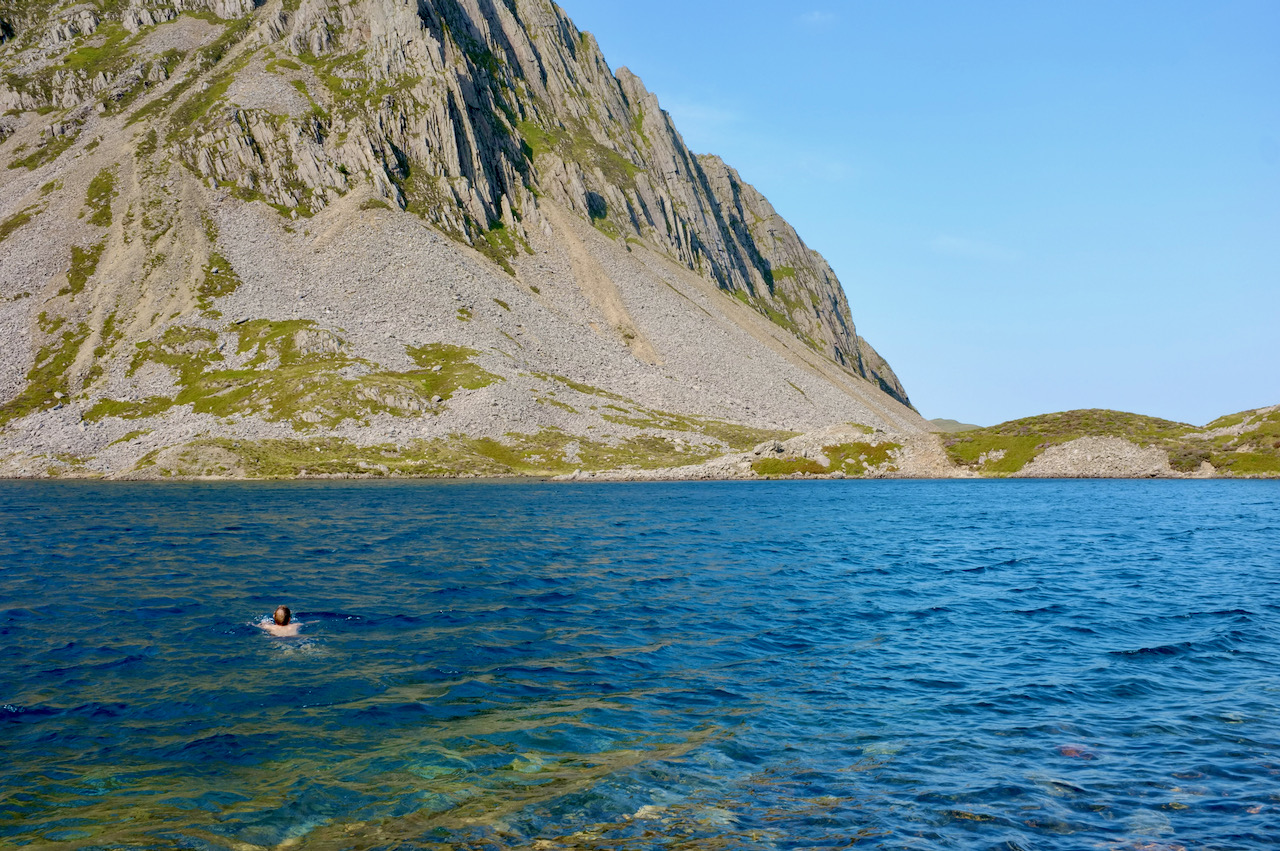 We also did a lot of camping with friends as it seemed to be everyone’s birthday celebration of choice this year. So much fun. I never did it much as a kid so it’s a bit unfamiliar to me but I’ve found I really love it. 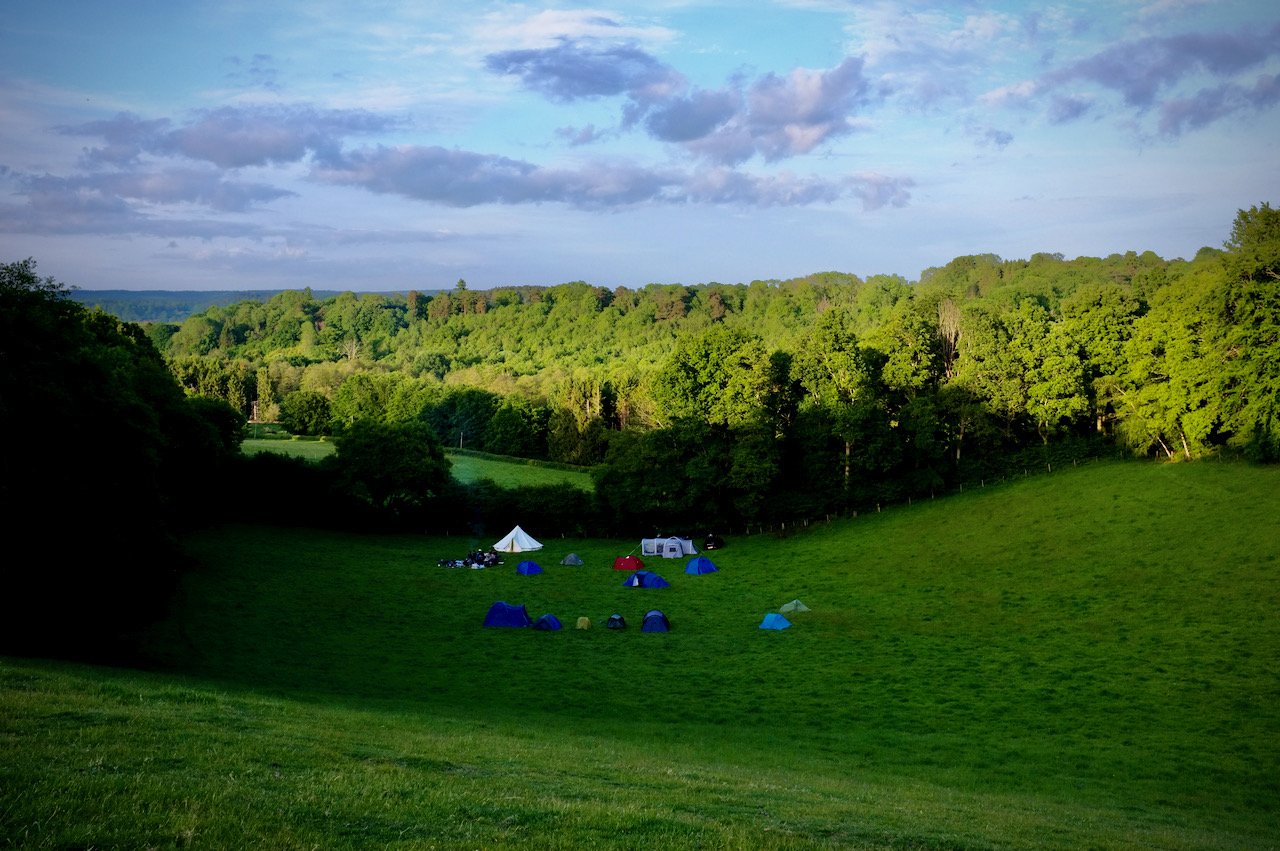 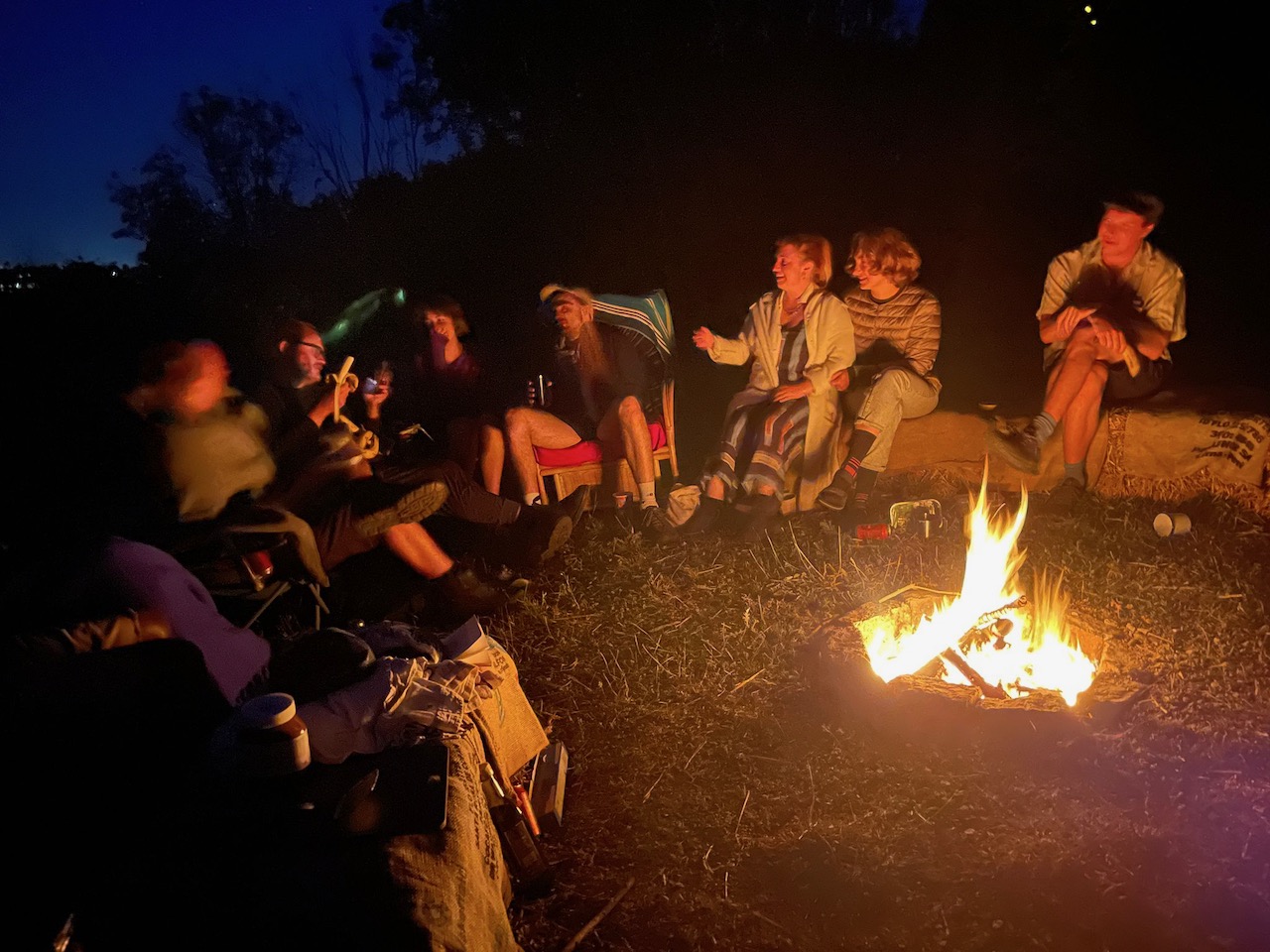 I’ve really enjoying doing more weaving this year — I’ve made a few of them as gifts for friends and family.

Another big change was beginning therapy. I’ve been finding it transformative to have regular sessions. It’s helped me to reflect on big patterns in my life, pay attention to my body and learn frameworks for dealing with future situations, having difficult conversations and giving clean feedback. 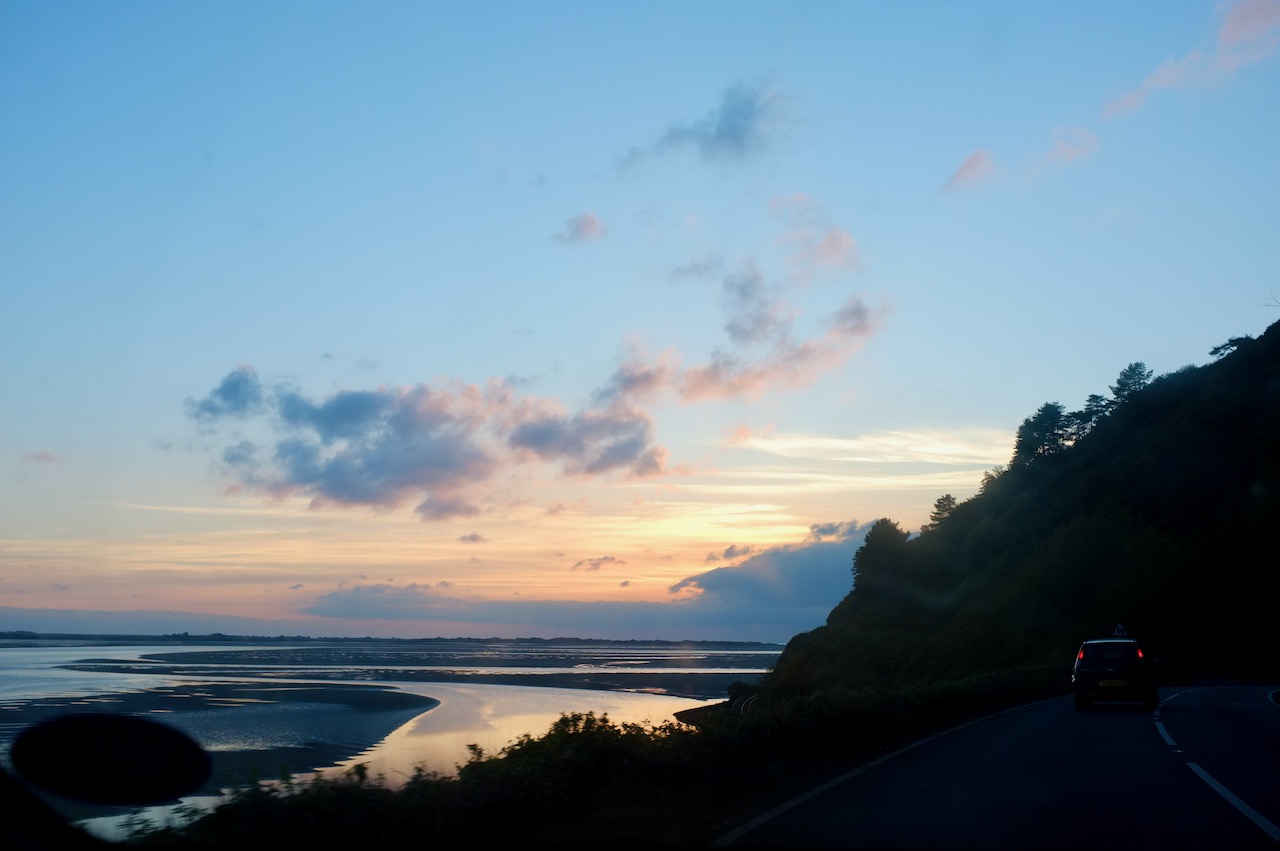 ▴ Driving along the coast in north Wales

I read 40 books this year! The ones I enjoyed most were:

I’ve also loved reading books together with Paprika, Benjamin, How and others in Rererererereading Group.

To be honest, this was a tough year for Common Knowledge at times. Although we’ve had plenty of interesting and important work on, our finances at points over the year have been rocky. This has been due to a whole range of factors, some of which were out of our control and some which were just lessons we needed to learn the hard way.

Nevertheless, we’re ending it in a much healthier place than where we started and we’ve learned loads. I feel really optimistic about 2023 for us. We’ve made a lot of changes in how we run that I feel will protect us from future risk. In the meantime, if you think our work is important and want to support it, we have an Open Collective for donations.

Despite this turbulence, I think we’ve done some great work. The type of work we’re doing is evolving slightly. We did some much bigger projects (digital transformation projects rather than campaign websites) and more consultancy/coaching work (rather than delivery). I think both of these are a move in the right direction. The downside is that there’s a lot less to show for it at the end of the year, but I think that’s fine.

The good thing about these bigger projects is that we got to do more extensive research and discovery phases, which I deeply enjoyed. (Shout out to Dovetail for being the best research tool out there.) I feel like I learned a lot about interviewing people and I got over some of my insecurities around this. In particular, Will Myddelton’s framework for running discoveries provided us with a lot of useful guidance.

The biggest project we did was a complete redesign and replatform for Humanitarian OpenStreetMap Team, an international organisation focused on humanitarian action and community-led development through participatory mapping and open data. This was a huge undertaking but we all learned a lot and I’m proud of the result. HOT are still working on the content at the moment but hopefully the new site should be launching early next year.

I really enjoyed working with The Architecture Lobby. I interviewed a bunch of their organisers in the US, which was an interesting look at a different political landscape. We made recommendations for gradually streamlining their entire digital infrastructure alongside redesigning their website, which should also launch next year.

I coached participants of the UnFound Accelerator again this year, which is a program that helps founders turn their ideas into platform co-ops. I also got to (remotely) have a really interesting discussion with John Caserta and the Design & Politics students at Rhode Island School of Design. It was really nice to go back to doing some IRL talks/conversations this year too: at the Weizenbaum Conference in Berlin, with Good Times Bad Times in Rotterdam and at The Forest Multiple symposium in Cambridge.

We also had some internal changes within the team: we hired Anna T to help us manage our projects and the co-op in general, and Jamie joined us for a year-long placement from Kingston College of Art. We also did a lot more work with our associate members Everin and John. It’s so nice to have more people join the co-op and I really hope this continues next year. As ever, I feel so grateful that I get to do what I love with people who love it too.

Although it’s been wonderful to freely move around this year and see people that we haven’t seen in years, How and I are at the point where we really need to put down some roots and stay still for a while.

It’s taken quite a while to decide where we should live. I kept getting into endless cycles of rumination and indecision: weighing up options, worrying if they’re the right one.

One of the things that I’ve learned this year is that at a certain point, any decision is the right one. We just have to try it out and see. If we don’t like it, we can change our minds. It’s funny because this is one of the principles of sociocracy that is so foundational to our work at Common Knowledge: “is it good enough for now and safe enough to try?”

You can only ever choose to take the next most elegant step. The best decisions I’ve ever made have been full of uncertainty at the time: choosing to quit my job in Brisbane and spend six months in Europe (which has now become 10+ years); moving to London which led to getting involved with Evening Class and then Common Knowledge.

Anyway, what we’ve decided is to move to Lisbon early next year. If all goes well and it feels like a good fit, we’ll hopefully look for somewhere just outside one of the cities and start on our housing co-op dream. We’re inspired by people who are doing this already like re:gen, Casa Beatrix and Project Kamp in Portugal, as well as collectives like Robida and Brave New Alps in Italy. Who knows where this step will lead, but I’m very much looking forward to 2023. 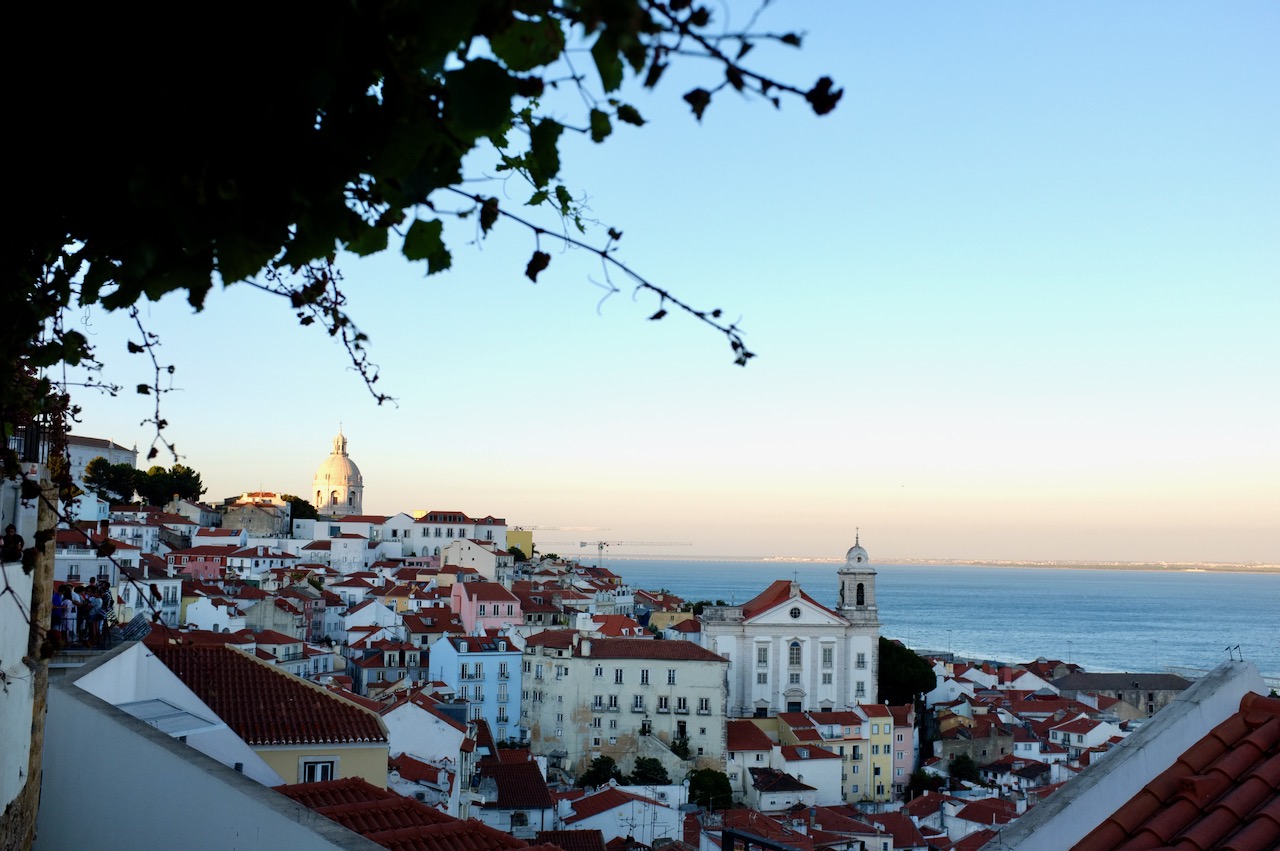